a chord of a circle is equal to the radius of the circle. find the angle subtended by the chord at a point on the minor arc and also at a poinnt on the major arc. 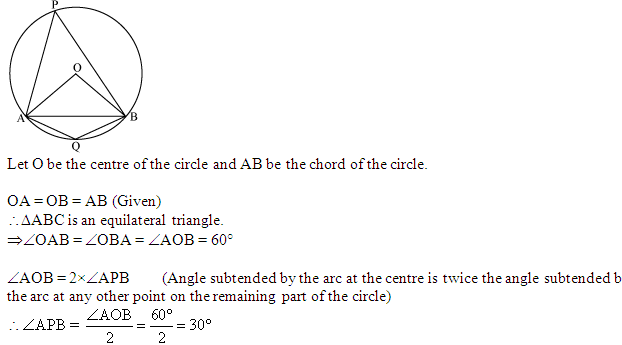 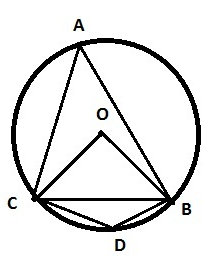 In the figure, BC is the chord which is equal to the radius.

Hence triangle  COB is equialteral. In an equilateral triangle, all the angles are equal and are 60 degrees.