A short-note on Green House ?

The green house effect is the trapping of the sun's warmth in the atmosphere by gases which are more transparent to the incoming solar radiation than to outgoing infrared. Now let me explain what that means.

The Earth receives energy from the Sun mostly in the form of visible light. The atmosphere is almost transparent to visible light, so that about 50% of the sun's energy reaches the Earth and is absorbed by the surface. Like all bodies with a temperature above absolute zero the Earth's surface radiates energy in the infrared range. Greenhouse gases absorb infrared radiation and pass the absorbed heat to other atmospheric gases through molecular collisions. The greenhouse gases also radiate in the infrared range. Radiation is emitted both upward, with part escaping to space, and downward toward Earth's surface. The surface and lower atmosphere are warmed by the part of the energy that is radiated downward, making our life on earth possible.[8

A greenhouse is a structure with a glass or plastic roof and frequently glass or plastic walls; it heats up because incoming solar radiation from the sun warms plants, soil, and other things inside the building faster than heat can escape the structure. Air warmed by the heat from hot interior surfaces is retained in the building by the roof and wall. These structures range in size from small sheds to very large buildings.

The glass used for a greenhouse works as a selective transmission medium for different spectral frequencies, and its effect is to trap energy within the greenhouse, which heats both the plants and the ground inside it. This warms the air near the ground, and this air is prevented from rising and flowing away. This can be demonstrated by opening a small window near the roof of a greenhouse: the temperature drops considerably. This principle is the basis of the autovent automatic cooling system. Greenhouses thus work by trapping electromagnetic radiation and preventing convection. A miniature greenhouse is known as a cold frame.

The greenhouse effect is a natural phenomenon that traps radiation within the earth's atmosphere. Natural greenhouse gases include water vapor, carbon dioxide, nitrous oxide, and methane which are essential to support life.

The greenhouse effect is the cause of global warming. It is irreversible, environmental condition in which damaging human-produced gases build up and trap heat within the earth's protective atmospheric shield, called the ozone layer. An increase in amount of such gases in the atmosphere would cause the increase in the average temperature of the earth.

The greenhouse effect is a natural phenomenon where the infrared trapping of the sun's Ultraviolet rays results in the increase in temperature of the Earth's atmosphere.

How does the greenhouse effect work? As is the case with anything involving Earth's atmosphere, the full story is complicated. However, the basic idea is fairly straightforward. Let's take a look at two descriptions of the greenhouse effect; the first is simpler than the second. You can decide which is most suitable for your students.

A Simple Explanation of the Greenhouse Effect

These two simple cartoons show the multiple paths sunlight takes as it enters Earth's atmosphere (left) and the basic mechanism of the greenhouse effect (right). The portion of incoming sunlight that is absorbed by Earth is re-emitted as infrared radiation. Some IR energy escapes directly to space, but most is absorbed by greenhouse gases in the atmosphere. This warms Earth's atmosphere; our atmosphere would be roughly 30° C (54° F) colder if it contained no greenhouse gases!
Credit: The anas program

A greenhouse is a house made of glass. It has glass walls and a glass roof. People grow plants in them. A greenhouse stays warm inside, even during winter. Sunlight shines in and warms the plants and air inside. 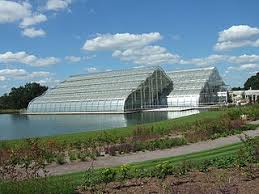 A green house is a glass house which traps the sun's heat and warms up the temperature inside. This helps the farmers to grow fruits and vegetables easily when temperature is low

A greenhouse gas is a gas in an atmosphere that absorbs and emits radiant energy within the thermal infrared range. This process is the fundamental cause of the greenhouse effect. The primary greenhouse gases in Earth's atmosphere are water vapor, carbon dioxide, methane, nitrous oxide, and ozone.

It is defined as a process of having a high temperature in the green house although it receives fewer radiations than the outside. It occurs due to the high concentration of carbon dioxide and vapor content. The glass walls are also included under it. They allow the short wave radiations to enter the house. There is almost no dissipation of energy as the longer heat waves cannot penetrate through the carbon dioxide and vapor. It leads to the warmer dust and cloudy nights as compared to the dry nights. The gas such as carbon dioxide is known as the green house gas as it is transparent to the solar radiations but have the ability to absorb infra red waves. These are also known as the long waves. The carbon dioxide concentration in the atmosphere has increased which may be attributed to the increase in the temperature of atmosphere. This effect is known as the green house effect. It melts the ice and increases the sea level. 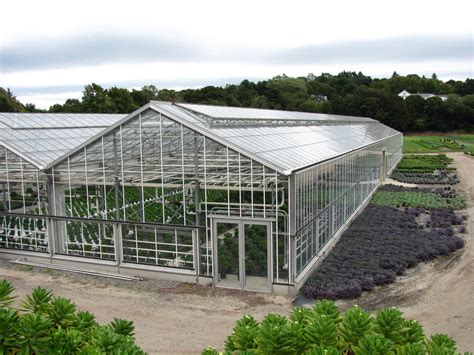 The greenhouse effect is a natural process that warms the Earth’s surface. When the Sun’s energy reaches the Earth’s atmosphere, some of it is reflected back to space and the rest is absorbed and re-radiated by greenhouse gases.

The absorbed energy warms the atmosphere and the surface of the Earth. This process maintains the Earth’s temperature at around 33 degrees Celsius warmer than it would otherwise be, allowing life on Earth to exist.

The problem we now face is that human activities – particularly burning fossil fuels (coal, oil and natural gas), agriculture and land clearing – are increasing the concentrations of greenhouse gases. This is the enhanced greenhouse effect, which is contributing to warming of the Earth.

The green house effect is a natural process to warms the earths surface. When the suns energy reaches the earths atmosphere, some of them is reflected back to space and the rest is absorbed and re-radiated by green house gases.

For other uses, see Greenhouse (disambiguation).

Diagram showing light energy (white arrows) emitted by the sun, warming the earth's surface which then emits the energy as heat (orange arrows), which warms the atmosphere and is then re-emitted as heat by three of the greenhouse gas molecules (water, carbon dioxide, and methane)

The greenhouse effect is the process by which radiation from a planet's atmosphere warms the planet's surface to a temperature above what it would be without this atmosphere.[1][2]

Earth’s natural greenhouse effect is critical to supporting life, and initially was a precursor to life moving out of the ocean onto land. Human activities, however, mainly the burning of fossil fuels and clearcutting of forests, have accelerated the greenhouse effect and caused global warming.[4]

The planet Venus experienced runaway greenhouse effect, resulting in an atmosphere which is 96% carbon dioxide, with surface atmospheric pressure roughly the same as found 900 m (3,000 ft) underwater on Earth. Venus may have had water oceans, but they would have boiled off as the mean surface temperature rose to 735 K (462 °C; 863 °F) [5][6] [7]

The term "greenhouse effect" continues to see use in scientific circles and the media despite being a slight misnomer, as [8] an atmosphere reduces radiative heat loss while [2] a greenhouse blocks convective heat loss. The result, however, is an increase in temperature in both cases. [9][10]

The existence of the greenhouse effect was argued for by Joseph Fourier in 1824. The argument and the evidence were further strengthened by Claude Pouillet in 1827 and 1838 and reasoned from experimental observations by Eunice Newton Foote in 1856.[11] John Tyndall expanded her work in 1859 by measuring radiative properties of a wider spectrum of greenhouse gases.[12] The effect was more fully quantified by Svante Arrhenius in 1896, who made the first quantitative prediction of global warming due to a hypothetical doubling of atmospheric carbon dioxide.[13] However, the term "greenhouse" was not used to refer to this effect by any of these scientists; the term was first used in this way by Nils Gustaf Ekholm in 1901.[14][15]

The basic mechanism can be qualified in a number of ways, none of which affect the fundamental process. The atmosphere near the surface is largely opaque to thermal radiation (with important exceptions for "window" bands), and most heat loss from the surface is by sensible heat and latent heat transport. Radiative energy losses become increasingly important higher in the atmosphere, largely because of the decreasing concentration of water vapor, an important greenhouse gas. It is more realistic to think of the greenhouse effect as applying to a layer in the mid-troposphere, which is effectively coupled to the surface by a lapse rate. The simple picture also assumes a steady state, but in the real world, the diurnal cycle as well as the seasonal cycle and weather disturbances complicate matters. Solar heating applies only during daytime. During the night, the atmosphere cools somewhat, but not greatly, because its emissivity is low. Diurnal temperature changes decrease with height in the atmosphere.

Within the region where radiative effects are important, the description given by the idealized greenhouse model becomes realistic. Earth's surface, warmed to a temperature around 255 K, radiates long-wavelength, infrared heat in the range of 4–100 μm.[21] At these wavelengths, greenhouse gases that were largely transparent to incoming solar radiation are more absorbent.[21] Each layer of atmosphere with greenhouses gases absorbs some of the heat being radiated upwards from lower layers. It reradiates in all directions, both upwards and downwards; in equilibrium (by definition) the same amount as it has absorbed. This results in more warmth below. Increasing the concentration of the gases increases the amount of absorption and reradiation, and thereby further warms the layers and ultimately the surface below.[19]

Greenhouse gases—including most diatomic gases with two different atoms (such as carbon monoxide, CO) and all gases with three or more atoms—are able to absorb and emit infrared radiation. Though more than 99% of the dry atmosphere is IR transparent (because the main constituents—N
2, O
2, and Ar—are not able to directly absorb or emit infrared radiation), intermolecular collisions cause the energy absorbed and emitted by the greenhouse gases to be shared with the other, non-IR-active, gases. 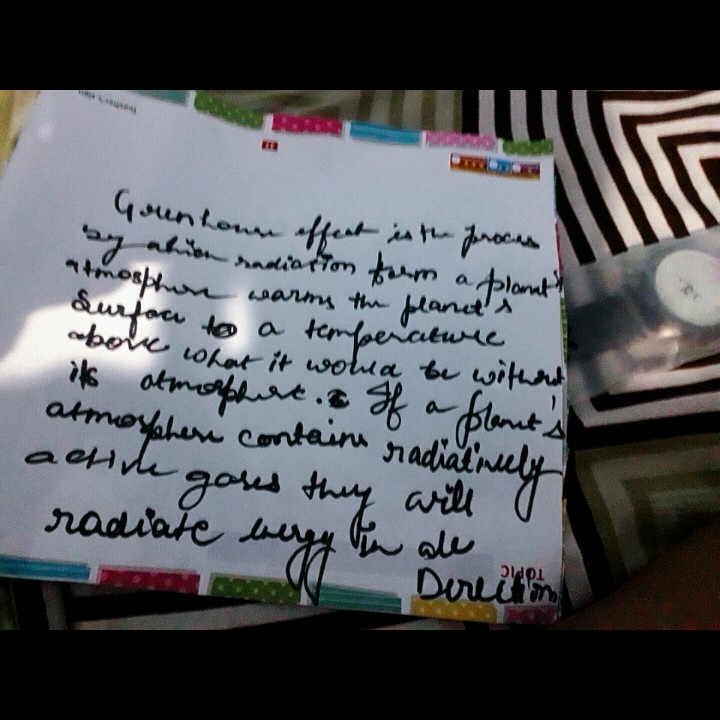 Greenhouse effect. The greenhouse effect is a natural process that warms the Earth's surface. ... Greenhouse gases include water vapour, carbon dioxide, methane, nitrous oxide, ozone and some artificial chemicals such as chlorofluorocarbons (CFCs). The absorbed energy warms the atmosphere and the surface of the Earth.

Excess amount of green house effect can cause global warming. This can cause melting of polar ice caps
What are you looking for?