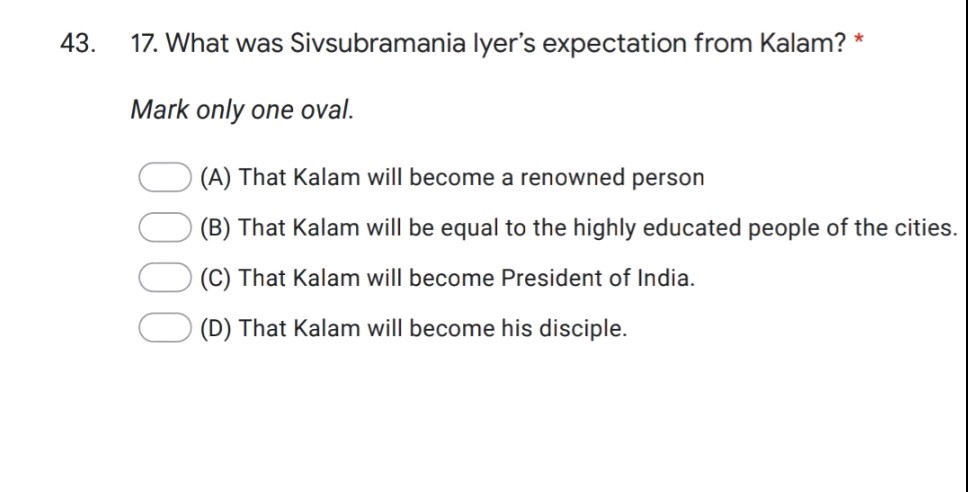 Dear Student,
The solution to your query is as given below:

(B) That Kalam will be equal to the highly educated people of the cities.
Explanation: Siva Subramaniam Iyer's had great expectations for Kalam. He hoped Kalam would someday become a highly educated person who would be known for his knowledge and intellect. Iyer hated religious discrimination and division. He hoped Kalam would set an example by becoming widely recognised for his knowledge rather than his religious outlook.