Answer the question number 2
Q.2. Compare the working principle of a LED and a photodiode.

The LED operates on the principle of electro-luminance while photodiode works on the principle of the photoconduction. In a Light emitting diode, when electrons and holes recombine, the energy is released in the form of light. Thus, it is termed as Light-emitting diode. On the contrary, photodiode generates current when it is exposed to the source of light.
LED and Photodiode are reverse of each other. LED generates light with the help of charge carriers while photodiode generates current due to incident photons. In a nutshell, LED converts electric energy into light energy but Photodiode converts light energy into electric energy. 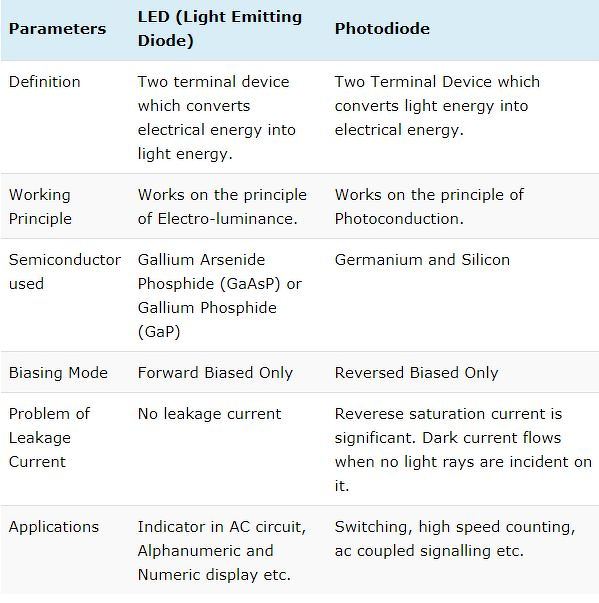 Conduct a survey at population in your locality taking a sample of atleast 50 families. Prepare
a project report with respect to the following points:
(i) Represent the data showing age using class intervals.
(ii) Compute the average income of the families.
(iii) Literacy level of the population in terms of Elementary, Secondary, Senior Secondary,
Graduation and above.
(iv) Find the variance of the income of the families.
(v) Represent the data in part (iii) with the help of bar graph
What are you looking for?