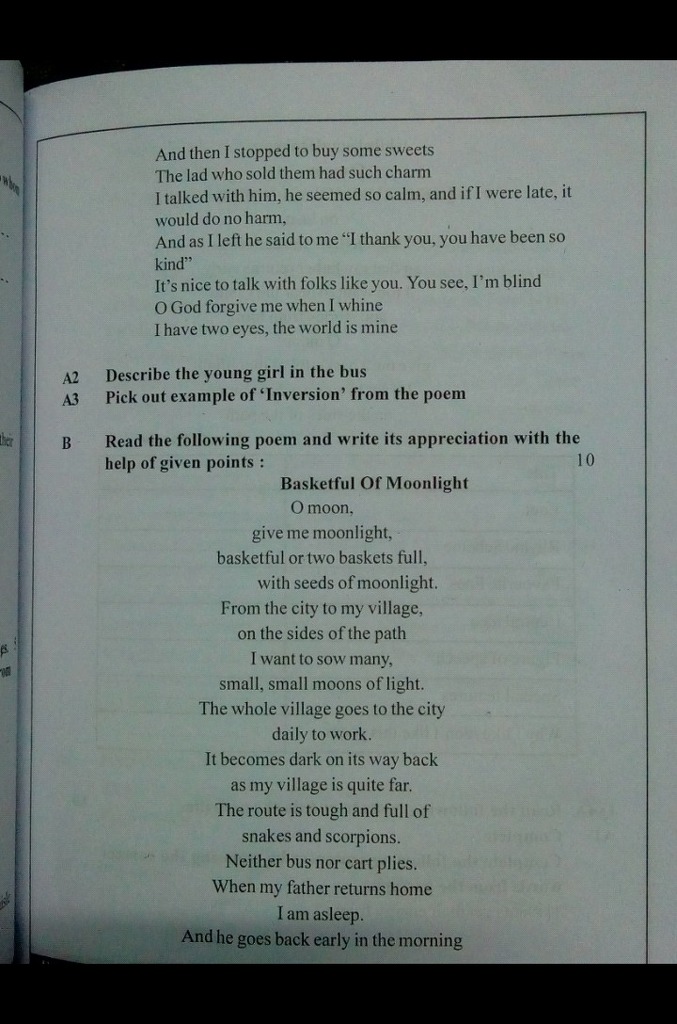 The poem shows the request made by a child to the moon where he admires the beauty of the moon and requests the moon to give him it’s moonlight. He wants to put small moons of light to illuminate the way because every day many people go to the city to earn their wages. As the village is far away from the city, when the they come back in the evening it is almost dark.​​​ The path or route is also difficult and dangerous as snakes and scorpions are there in the way and they have to come by walk only, facing all these difficulties. The Child's Father also go to the city for work, who comes late at night in that darkness. His father comes late due to darkness while he is asleep and also goes to work early in the morning while the child is still sleeping.
Therefor the child wishes for light so that his father could return from work early and he could get more time to spend with him else he doesn't get to meet his father often.

What you want to ask please write correctly
What are you looking for?