Can experts send me the explaination of the poem the road not taken stanza by stanza.i am facing difficulty in this . And some important question also.

The explanation is as follows:

Two roads diverged in a yellow wood,
And sorry I could not travel both
And be one traveler, long I stood
And looked down one as far as I could
To where it bent in the undergrowth;

The poet says that on a particular day in autumn, he came across a diversion and had to choose between two roads. He was travelling alone and thus, could only manage to take one of the two roads. He stood at the fork for long and tried to look as far as he could on the first road to know about the future possibilities, which it would be carrying but he could only manage to see till a certain point, beyond which there was a bend and hence, his vision got restricted.

Then took the other, as just as fair,
And having perhaps the better claim,
Because it was grassy and wanted wear;
Though as for that the passing there
Had worn them really about the same,

Then he looked down the other road in a similar fashion and thought that the road might have better opportunities for him in store because it was greener and fresher. Not much people had walked down that road and thus, there were least signs of any damage to the grass. The roads might have been same in the beginning but gradually the one travelled usually by people became barren whereas the other looked grassy.

And both that morning equally lay
In leaves no step had trodden black.
Oh, I kept the first for another day!
Yet knowing how way leads on to way,
I doubted if I should ever come back.

Both the roads for the poet lay equally, the leaves of the second road had not been stepped on and thus, they weren't black in colour. The poet chose the road less travelled by and saved the first road for another day. He knew that the road that he is taking would lead him to some other road ahead and thus, he doubted the fact that he would ever come back to the fork to take the first road.

I shall be telling this with a sigh
Somewhere ages and ages hence:
Two roads diverged in a wood, and I—
I took the one less traveled by,
And that has made all the difference.

You can look for important questions, related to this poem and others from our Ask & Answer question bank. I want atleast the summary about 150 words.thank u for sending me this answer.

You can also see this summary 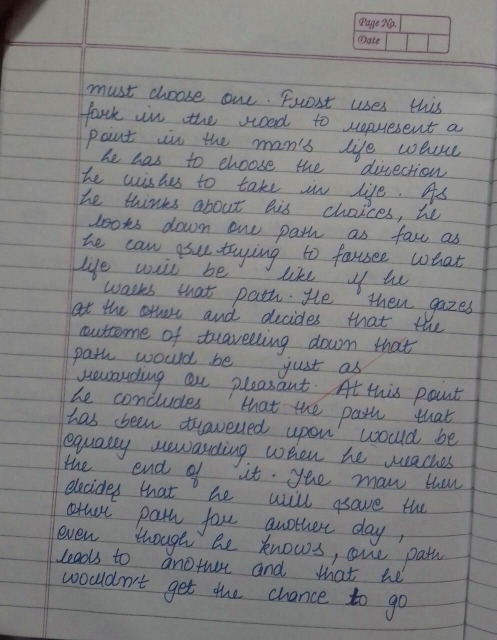 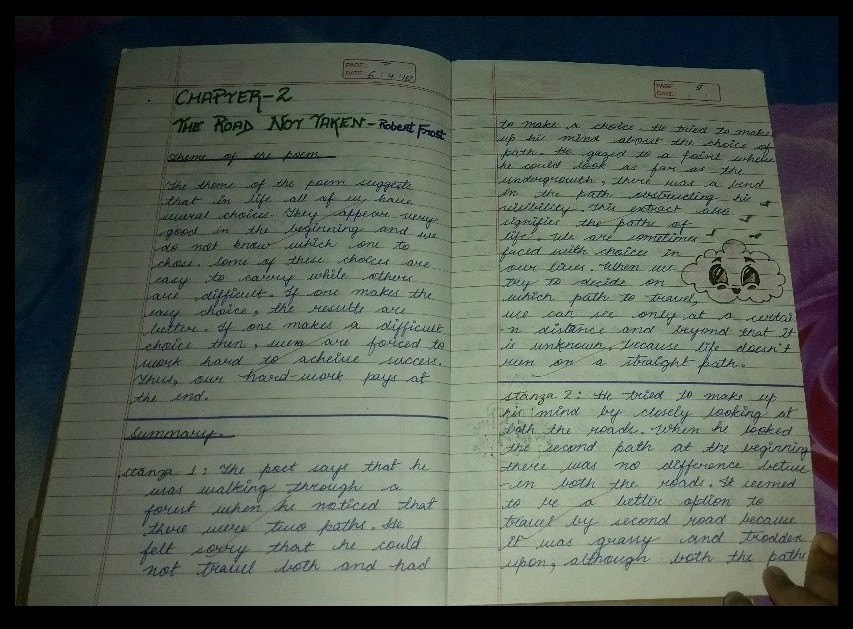 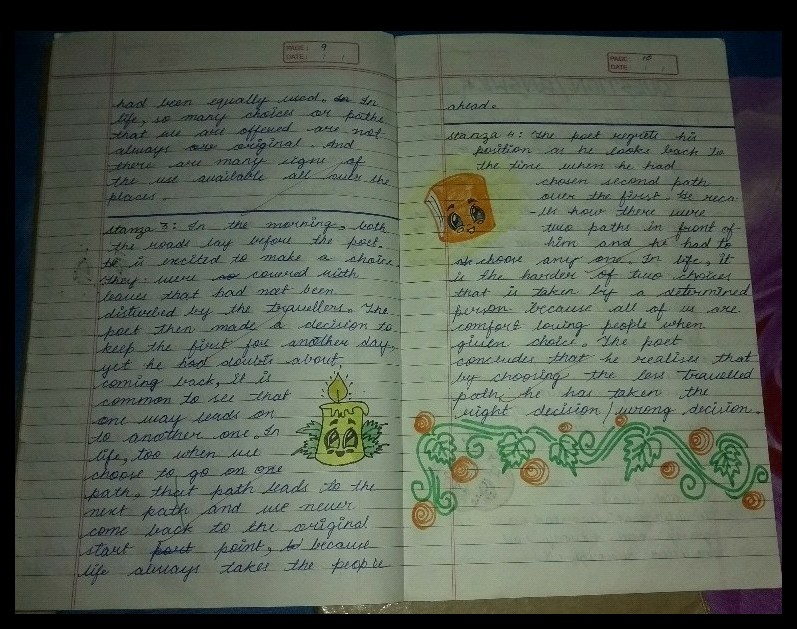