DEAR SIR/MAAM,
THERE ARE ONLY 4 TYPES OF PRONOUNS ON MERITNATION - PERSONAL, POSSESIVE ,EMPHATIVE AND REFLEXIVE . BUT IN SCHOOL WE HAVE LEARNED 8 .

An indefinite pronoun points to general persons, places or things.

Anyone can do that.

Did anybody see the actress?

One should look before leaping.

Someone has left the door open.

Somebody has stolen my jacket.

Some say that hay should be made while the sun shines.

An interrogative pronoun is used for asking questions.

When ‘what’ and ‘which’ are used with some noun to ask a question, they are called interrogative adjectives.

A relative pronoun points to some noun going before it.

A demonstrative pronoun points to some noun going after it. 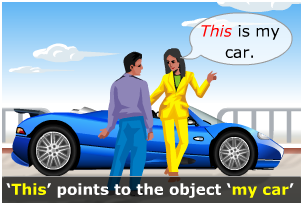 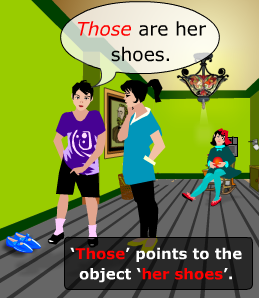 When ‘this’, ‘that’, ‘these’ and ‘those’ are used with some noun, they are referred to as demonstrative adjectives.

A distributive pronoun points to persons, places or things one at a time.

When ‘each’, ‘either’ and ‘neither’ are used along with some noun, they are called adjectives of number.