Difference between knock-out tournament and league tournament? Draw a fixture of 13 team and knock-out basis? 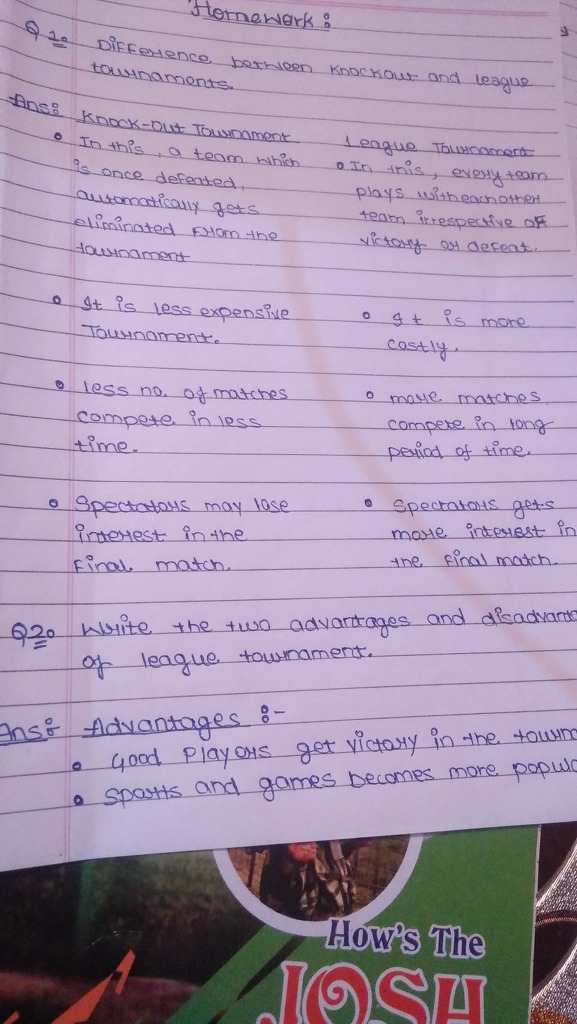