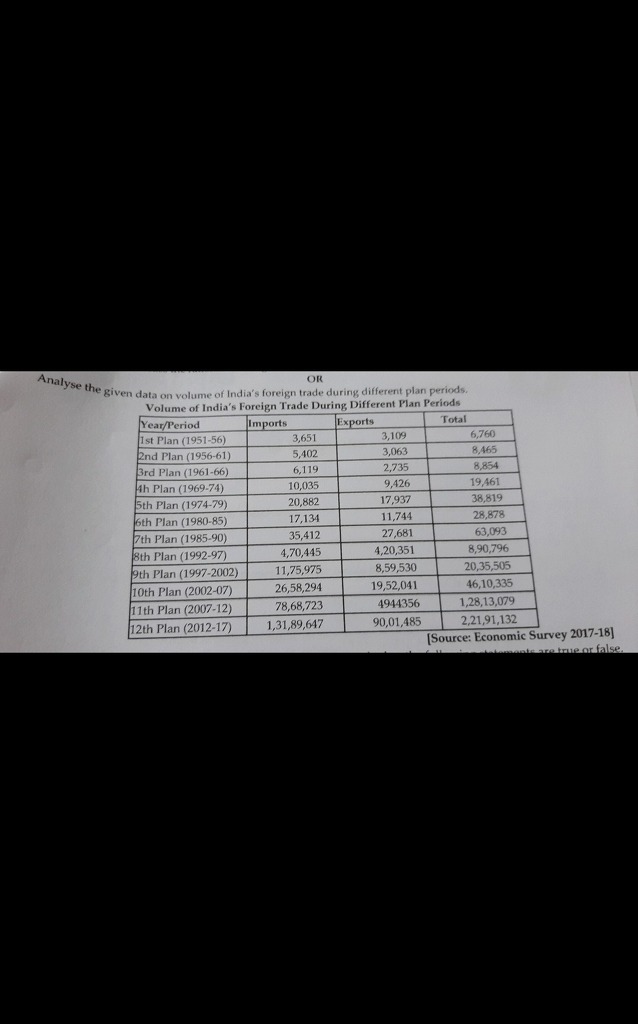 Dear Student,
The nature of India’s foreign trade has changed over the years.. Though there has been an increase in the total volume of import and export, the value of import continued to be higher than that of exports.
Analysis shows that After the first year plan ,there was almost 25.22% rise in total trade in second year plan and a little rise of 4-5% in the third year plan. Overall every plan give some raise in volume of trade.
The table shows that the expansion was very fast after a decline in 6th plan. The pattern of India’s foreign trade was completely change as a result of economic development and industrialisation during the planning period.