explain the Huygens principle with example?

Huygens principle states that every point on a wave front acts as a secondary source and is capable of giving out waves in all directions. the envelope of this waves gives the next wavefront reaching in time t+dt

envelope of this gives a  new wave front that reaches in additional time t + dt.

B) similarly plane wave front is another example.with same explanation..with the exception of its definition that is:

it is a small part of a spherical wave front comming from a distant source.

P.s only consider  the first two images the third one is inteference,

Huygens’ Principle is based on the following assumptions:

Laws of Reflection on Wave Theory

Substituting these values in equation (1),

The rays from different points on incident wavefront will take the same time to reach the corresponding points on the reflected wavefront, if ‘t’ given by equation (ii) is independent of AK.

Also, the incident ray (LA or

Refraction On The Basis Of Wave Theory 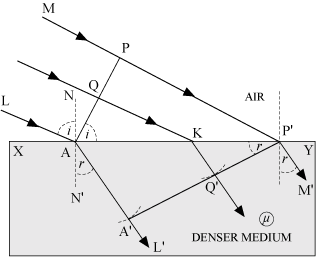 This is the Snell’s law for refraction of light. 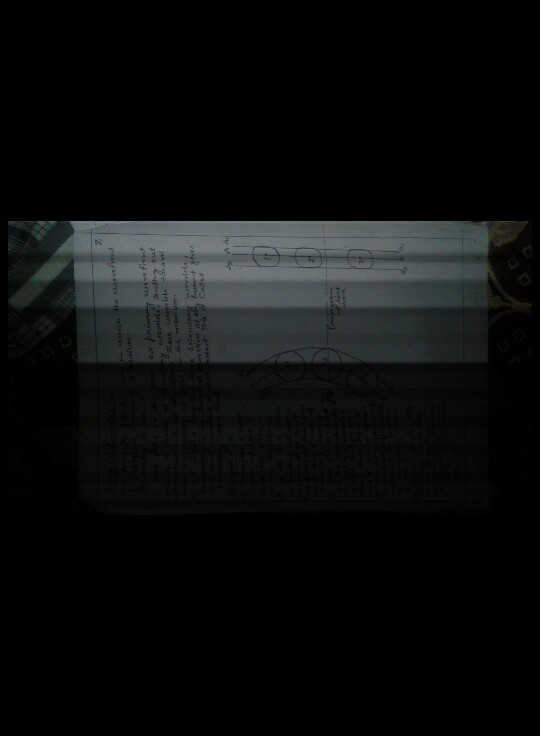 Each point on the primary wavefront behaves as a source of secondary wavelets and emits light just like original source.