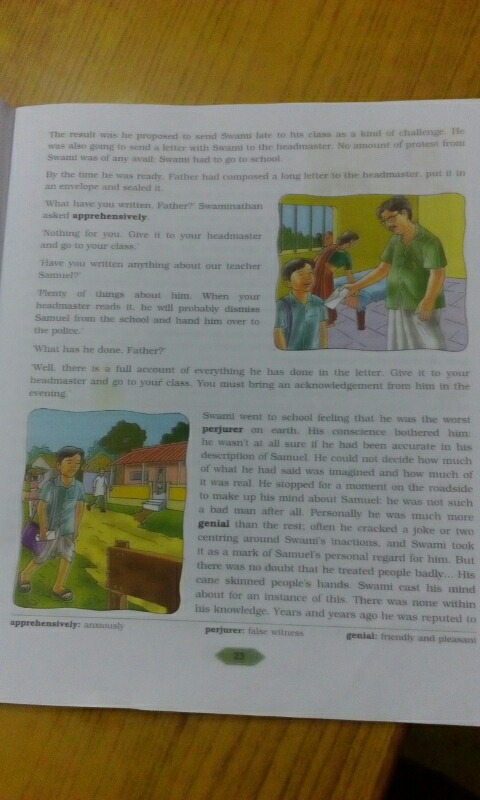 Swami tried all tactics to avoid going to school. When the excuse of having a headache failed to impress his father, he remarked that going late to school would bring his teacher Samuel's wrath crashing on him. he gave details of how Samuel caned boys and did not stop till he drew blood. he then made the boys put their hands on the forehead to leave vermilion-like marks of blood there. Father forgot his anger towards Swami and got so excited by this account that he wrote a harsh-worded letter of great detail to Swami's headmaster. he wanted to ensure that no teacher got an opportunity to beat the children the way Samuel did. he was sure that Samuel would be dismissed by the headmaster after he read the letter.
View Full Answer
What are you looking for?