Good explanation of this, plz fastttt 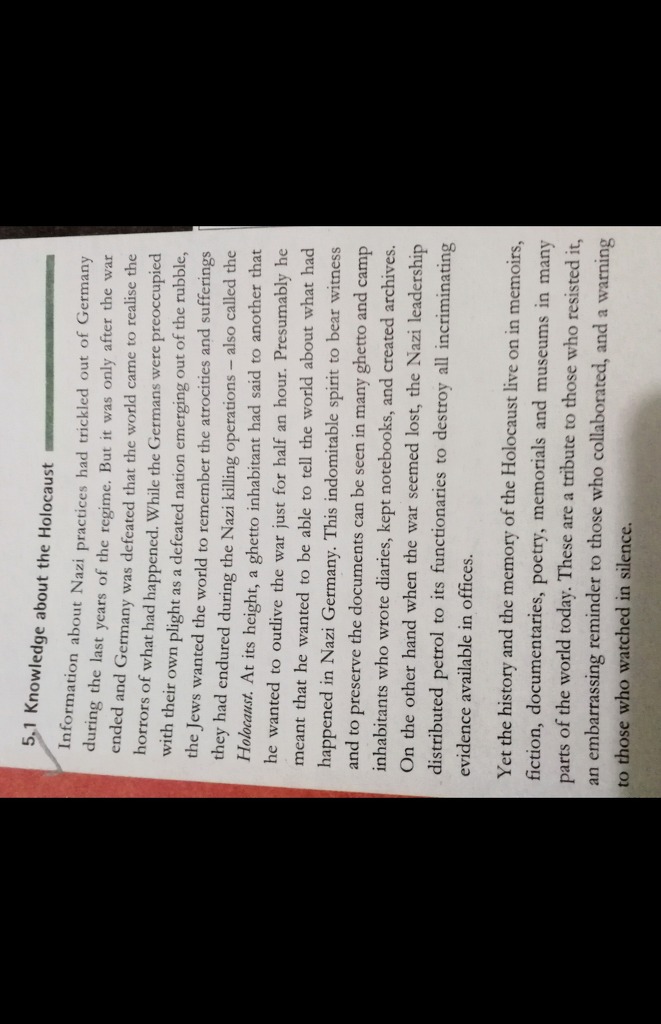 Dear Student,
Holocaust is a Greek word which means sacrifice by fire. In modern history it is associated with the the organized, bureaucratic, state-sponsored persecution and murder of around six million Jews by the Nazi command and its collaborators.
Ghetto is a place in city where a particular group of people live because of social, economic and political pressures, for example, Jews.
The Nazis committed many heinous crimes during the Second World War.

1. They committed illegal aggression against all the countries they occupied.
2. They murdered many civilians and prisoners of war.
3. Their biggest crime was the genocide they committed against the jews of Europe. Over six million jews were killed by the Nazis in gas chambers or by shooting. This is called the Holocaust.
4. They employed captured prisoners as slaves in the German economy.
5. They looted wealth and treasure from all over Europe
The Jews under the Nazis had to suffer numerous pains and torture. Under the new German laws, Jews had to wear a yellow star, and had to walk everywhere. They could only do their shopping in Jewish shops, and they must be indoors by 8 pm. They must not even sit in their own gardens after that time. Jews could not visit the theatre or the cinema. They were not allowed to visit Christians, and their children could only attend Jewish schools. They were not allowed to travel in the bus or train.

The International Military Tribunal was set up at Nuremberg in 1945 after World War II to punish the Nazis for their crime against humanity. Hence, after losing the World War 2, the Nazis were ordered to burn up every evidence using petrol so that they are not punished.