how is 4th option correct there isn't it actually correct 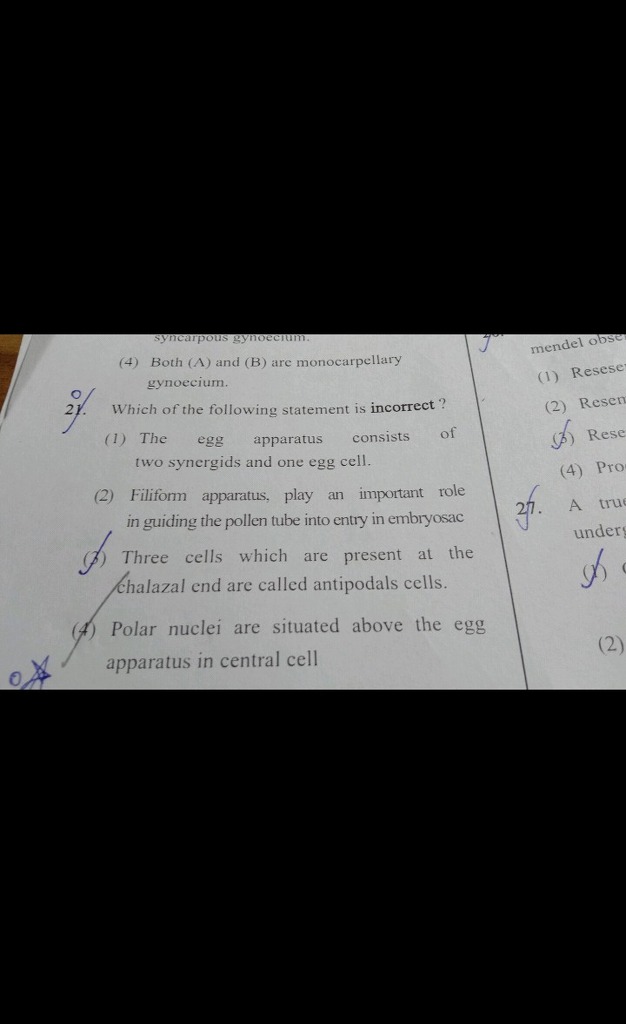 Ans. Yes, all the options given above are correct statements.

Ovules can be referred as megasporangium together with its protective coats, the integuments. The ovule is attached to the placenta by the funicle. Nucellus is present within the integuments and contains reserved food. The embryo sac or female gametophyte is located within the nucellus. Internal structure of ovule is given here. In side embryo sac, egg cell is present. 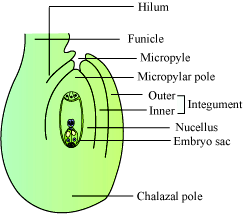 In most flowering plants, only one megaspore is functional while the other three degenerate. The single functional megaspore develops into the female gametophyte or embryo sac. This kind of development is called monosporic development. The nucleus of the functional megaspore divides mitotically to form 2 nuclei, which move towards the opposite ends, forming a 2-nucleate embryo sac. Two more mitotic divisions ensue, leading to the formation of 4-nucleate and 8-nucleate embryo sacs. After the 8-nucleate stage, the cell walls are laid down and the typical female gametophyte (embryo sac) gets organised. Six of the 8-nuclei get surrounded by the cell wall and the remaining two, called polar nuclei, are situated below the egg apparatus in the large central cell. Three of the six cells are placed at the micropylar end and constitute the egg apparatus (2 synergids + 1 egg cell). The synergids have special thickenings at the micropylar end. These are together called the filiform apparatus. It helps in leading the pollen tubes into the synergids. Three cells are at the chalazal end, and are called antipodal cells. A typical angiosperm female gametophyte is 7-celled and 8-nucleated at maturity.