how to construct a 85 degree angle

To measure the Angle:

Procedure for the 85 degree angle:

Step 3: Now refer the angle from 0 degree to 85 degree as from right side.

Step 4: Mark the point as C and the joint the point to the point A which make the angle 85 degree as acute angle.

By using the straight edge of the protractor to join the mark to the end point of the reference line AB, forming an angle ABC is 85 degree.

If you are satisfied do give thumbs up.

i don't think it can be constructed with the help of a compass . it can only be drawn with a protractor .

i think the first activity is possible

85o angle can't be constructed using a compass...u need a portractor 4 it....

These cannot be possible because we cant measure it by compass

Only angles divisible by 15 and their bicestor can be formed

You cannot construct 85 degree in compass because in compass you draw angles in the multiples of 15. So you should use protractor

It should be construced by protector

Use protractor to construct an angle of 85 degree

It can only be constructed by a protector

First we take a protracter and draw a line

It can be construct using a D

It cannot be constructed with the help if compass. 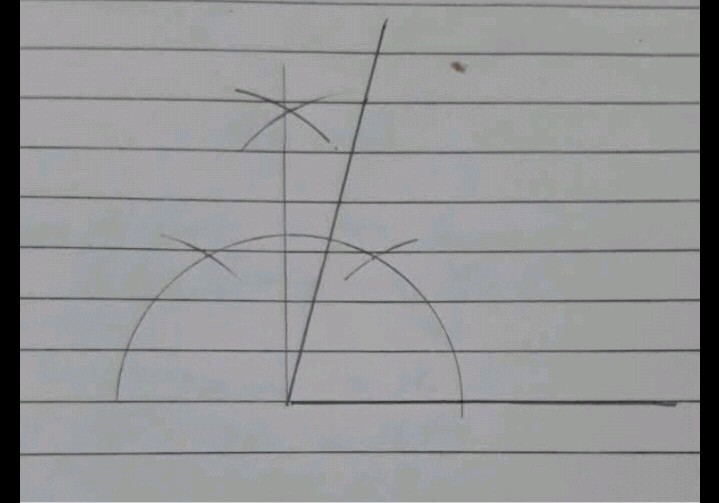 You can make it through protactor
What are you looking for?