How to draw mito chondion

How to draw Mitochondria 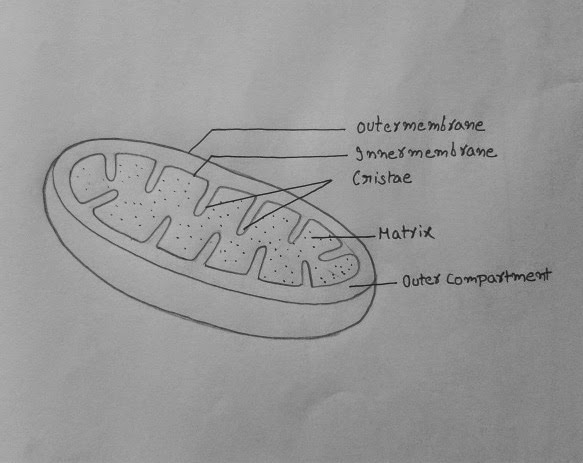 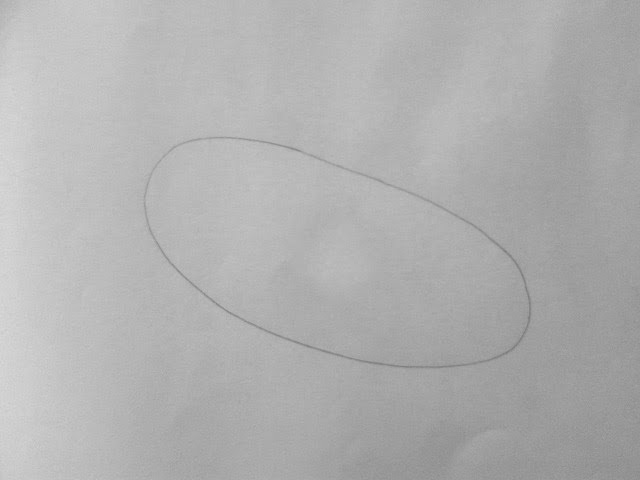 Step 1:
Draw a rough sausage shape with free hand in faint curve. Do not stop the curve in the middle, continue until you meet the starting point. 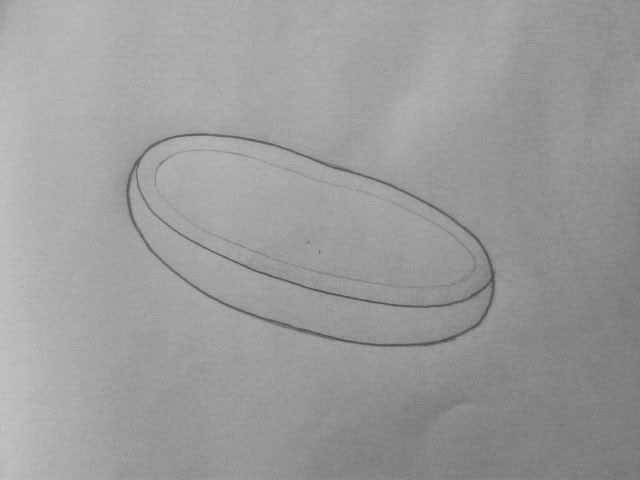 Step 2:
To give a sliced sausage look, draw one more curve as shown.

Line inner side with another faint curve as shown. 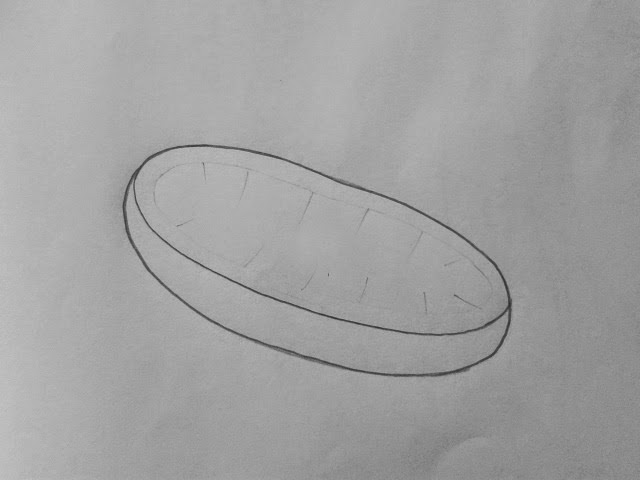 Step 3:
Erase the inner line leaving the faint impression and mark the positions of cristae with faint lines.

Observe uniform spacing between the faint lines as shown. 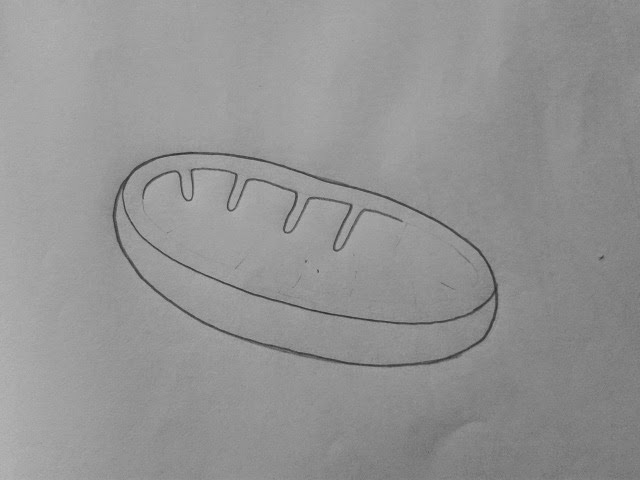 Step 4:
Draw the inner membrane by following  previous impressions of curve and reference lines of cristae.

Complete it till you meet the other end of the curve. 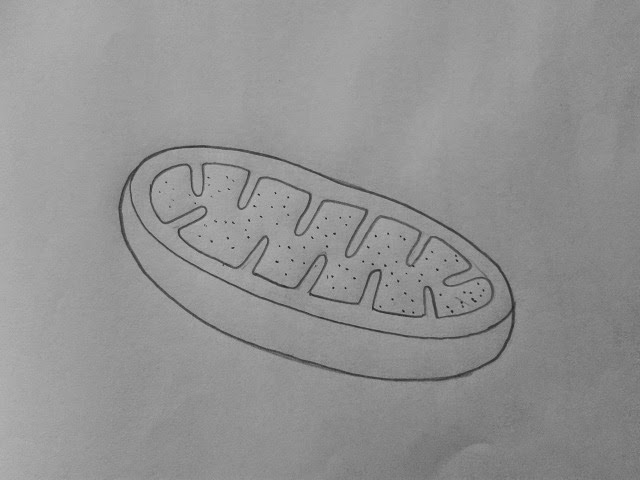 To make diagram much detailed you can also draw mitochondrial DNA and ribosomes.


Continued :-The cristae extend into matrix. The space between the folds is continuous with the outer compartment. On the inner membrane, projecting into the matrix are a large number of particles called Elementary particles. These particles have a spherical head and a stalk. They are attached to the inner membrane by their stalk and the head portion of the particle  is in matrix.
View Full Answer 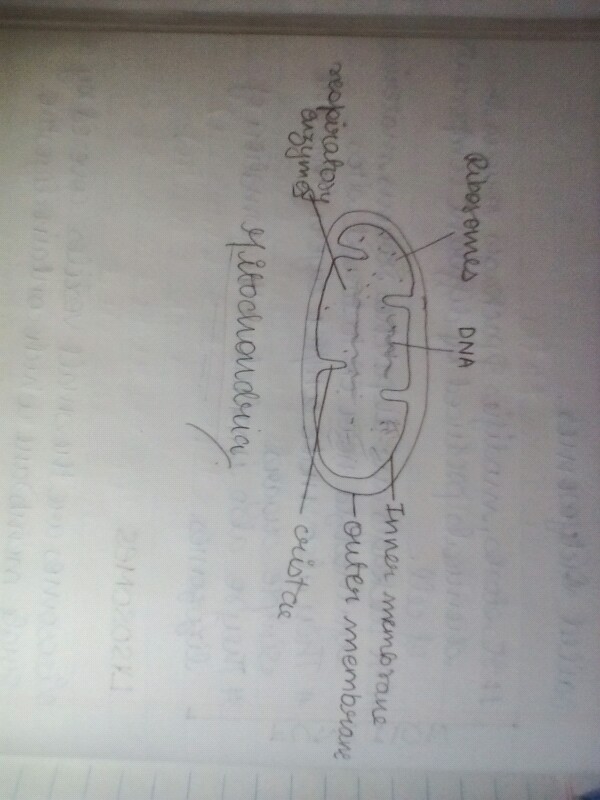