i cannot understand keplers 3 law . can anyone explain ? 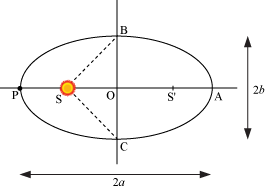 The line joining a planet to the sun sweeps out equal areas in equal intervals of time, i.e., the areal velocity of the planet around the sun is constant.

(3)Kepler's third law( Law of periods)
The square of the time period of revolution of a planet is proportional to the cube of the semi-major axis of the ellipse traced out by the planet.

It is a law connecting distance of the orbital body with its time period.
After much deliberation, Kepler arrived at the law that if T is the period of revolution of any planet and D is its semi-major axis from the sun, then

Where k is a constant, which is the same for all the planets.