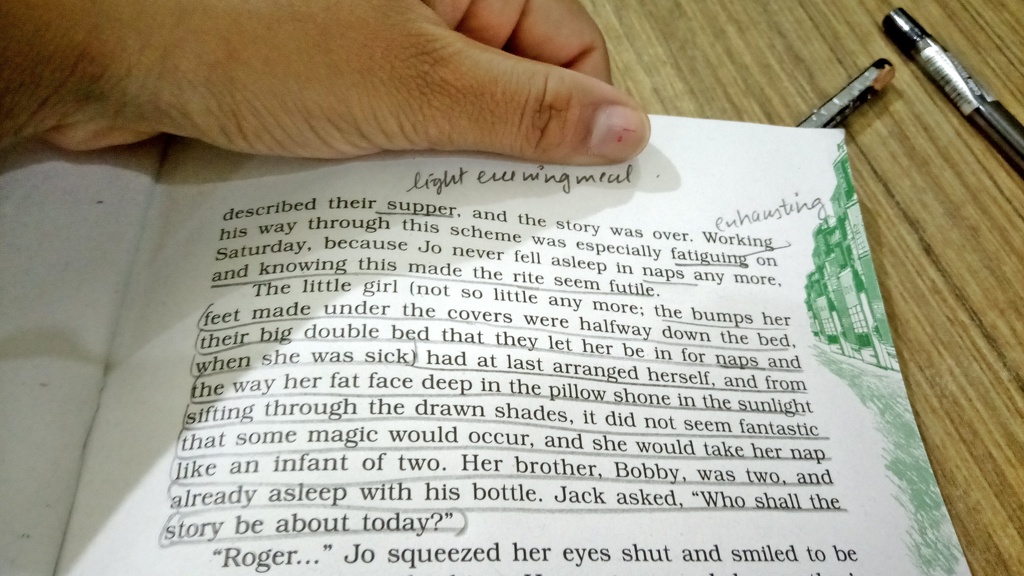 The paragraphs describes how Jo has grown old and the changes that has come over her appearance as well as behaviour. Her feet now make bigger dents on the bed. Her face also made a dent in the pillow and it shone under the sun light which would seep through the drawn curtains. Jack expected her to take naps as easily as she used to when she was two. But it was impossible now. Now her brother used to sleep fast but Jo would still remain awake.