I wanted an autobiography on a lunch-box.

K A K D I answered this

First day to Engineering College November 20, 2000. Amma and acha were excited for their son starting his graduation. My amma was so relieved that her son is joining an institute near to our house, a "day scholar" in our dictionaries. Like school days she woke me up early and was behind me to speed up things to catch the 8 am bus to college. After getting blessings from acha and ammumma i was ready to leave, suddenly amma stepped into the picture and gave me a "tiffin carrier" (an indian term term for a lunch box). My friend raman was waiting for me at the front gate and gave a ridiculous look at me which said "bloody nursery kid". I felt a bit embarassed but didn't want to disappoint amma so took it along and hid it deep inside the bag. On the way to bus stop i learnt that raman had a similar box too. Sometimes two is a company isn't it? Reached college and met a lot of new friends most of them stayed in a hostel who had their lunch in hostel mess ( it really is a mess!!!). And others went for lunch in the college canteen where chandrettan (proud college canteen owner) purposefully added more masala that day to seduce the hungry stomachs out there. He said to me with a grin "Todays special is Garlic Chicken". Man it looked so inviting but kya kare i have a genie in my bag too. Went to the class room to fetch the lunch box, no one was around and i did not feel like eating alone. A walk past the college verandah saw a lot of girls sitting either side of an aisle that led to a room and eating in their lunch box and as always chatter box in full volume. Went to raman even he did not have lunch, and said to me "Only Girls bring Lunch Box da!!!" that was the sucker punch dialogue my ears wished to hear it sounded like hotel californiato me. i decided to skip my lunch, for sure not from the lunch box.

That day evening amma opened the lunch box and saw it returned the same way she packed it. Not a grain of rice moved. She asked me "If you dont want rice i could have packed roti for you". Busy with my PC i replied "I did not get time ma, also no body brings lunch to college." She felt bad and her face became pale. I added "Amma, from tomorrow raman is also not going to bring lunch, he says only girls bring lunch to college." Amma adores raman a lot, coz of his honest and simple nature. Sometimes she thinks if raman does something it should be correct. This gave her a bit relief, but still she asked "Is food good out there? ". This interested me, i started explaining her all sorts of thing about the canteen. The food, the smell , the crowd in the canteen, even the big moustache of chandrettan which reminded me of Ravanan himself in teleserial ramayana. Though amma was not convinced, acha knew the fact that more than the food its the teenage pride is what at stake nothing else. With a smile he said to amma "If he wants to have lunch outside let him have it, he is old enough to think about himself. And more over how many days he will eat your curd rice and sambhar". Next four years that old lunch box was secluded into an old almirah of ours. No one disturbed him for ever it still sleeps there, or else amma would have given to some kid in her school.

Things changed, life went on....am a software engineer now(unknowingly), working in a distant country far from my home and country in the United States of America. Recently i joined a new office in Easton, Columbus. Its about 17 miles from where i live, so i cannot drive back home for lunch. And food in the cafeteria is not suiting my tastes. A lot of cheese in all food items doesn't get along with my taste buds. Tried restaurants and fast food places around the office, options are limited as i can see. This is when i returned to my old forgotten friend my "lunch box". Not the same one i had in india, but its distant american cousin i would say. As it served the same purpose. Now daily morning when i fill my lunch box with rice/roti/paratha/bread i remember the day i said 'NO' to my mom's sweet lunch box. I wish i could get back to that day and have a hefty meal from my mom packed lunch box, until then its a not-so-good-self-cooked-food in a tiny lunch box of mine. Sometimes money cant buy you everything right friends??
View Full Answer

Actually, the information that you have sent is a story.. I wanted an autobiography of a lunchbox..Anyways, thanks for the effort..

please take it from another place

ask to a lunch box for a better opinion 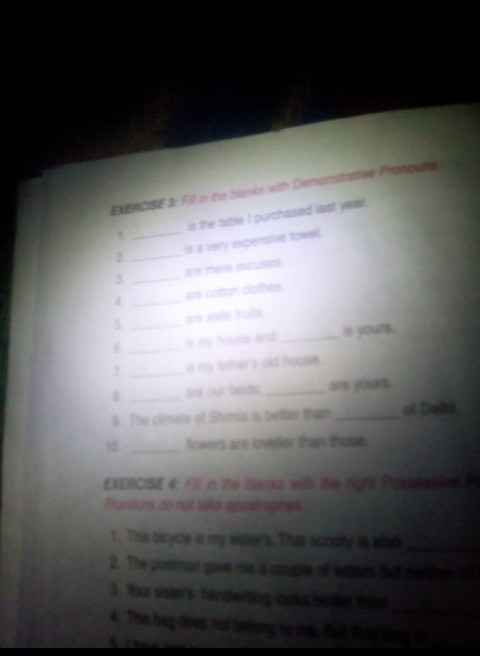 Launch Box does not have a autobiography Autobiography means on the thing so tou should on the lunch box .