In a convex quadrilateral PQRS, SPR = 80°

diagonals PR and QS intersect at O, then the

Lets consider a circle with center P and radius PR. 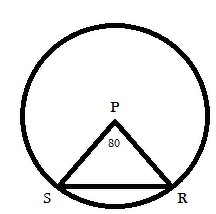 It is obvious that S lies on the circle as PR=PS.

Lets draw a line from P which makes an angle 40 with PR and lets call the point where the line meets the circle as Q. 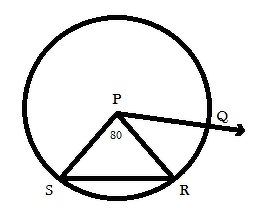 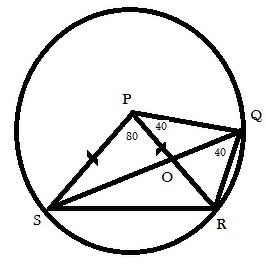 110 degree
What are you looking for?