Dear Student,
I) Let us take  both the parents as carriers for this disease. The  genotype of carrier parents will be Aa and Aa. The cross between them can be depicted as:

Therefore, the genotype of parents is Aa and the affected daughter in II generation is aa.


II) The genotype of daughter in second generation is Aa and hence is a carrier of the disorder, the genotype of her parents being aa and AA.
III). The trait is autosomal recessive trait. For example: Sickle cell anaemia is a recessive autosomal disorder; both the mother and father must carry at least one allele for the trait in order for son or daughter to be sickle cell victim. Typically, the parents of affected individuals are not affected but are gene carriers. With each pregnancy of carrier parents there is a 25 percent chance that any given offspring will inherit the condition and there fore will have the phenotype. There is one in two or 50% chance that the offspring will inherit one copy of the disease allele and will be a carrier. There is one in four or 25% chance the offspring will inherit no copies of the disease allele and will not express the phenotype or be a carrier. This individual would not be at risk for passing the disorder to his offspring. 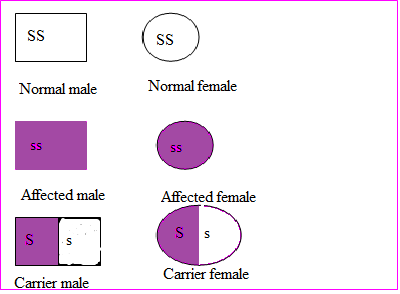 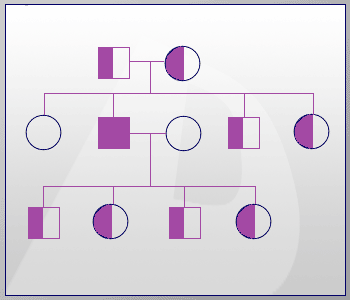 Regards,
View Full Answer
What are you looking for?