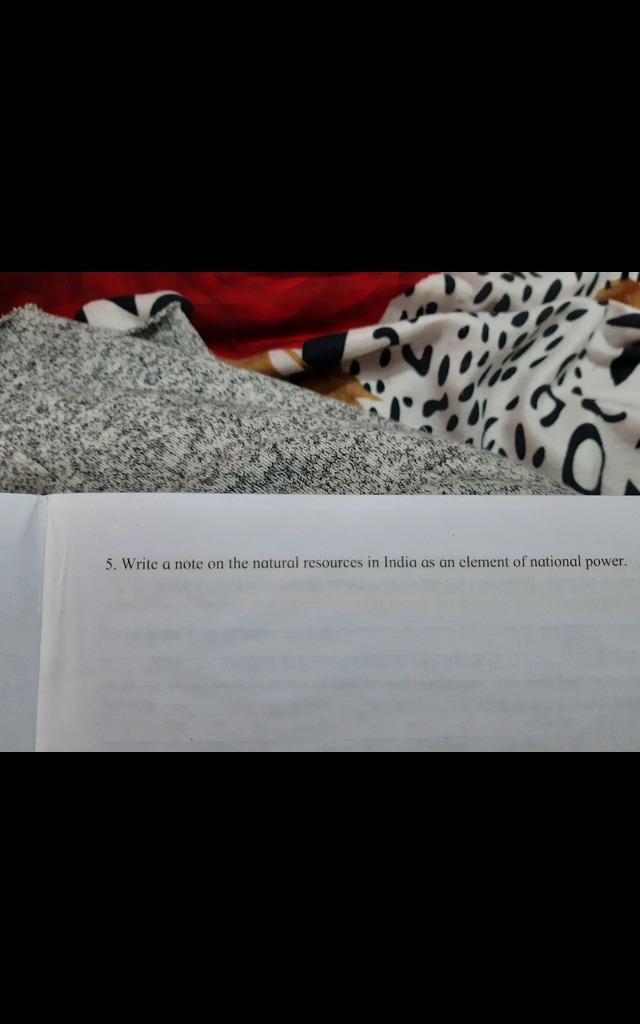 Such questions need to be attempted on your own to test your creative writing skills. However, these points might help you elaborate:

There are a number of elements of National Power. Several political scientists have attempted to classify these. Whereas Morgenthau has classified these into two parts? permanent and temporary elements, Organski has preferred to classify these into the natural and social determinants?the former including geography, resources and population and the latter economic development, political structures and national morale.
What are you looking for?