Dear Student,
Let the initial resistance of the resistor be R.
For a current I in the circuit, heat generated by the resistor over a time interval t is

It has been reduced to half. Thus, the new resistance will be R'=R/2.
From Ohm's law: 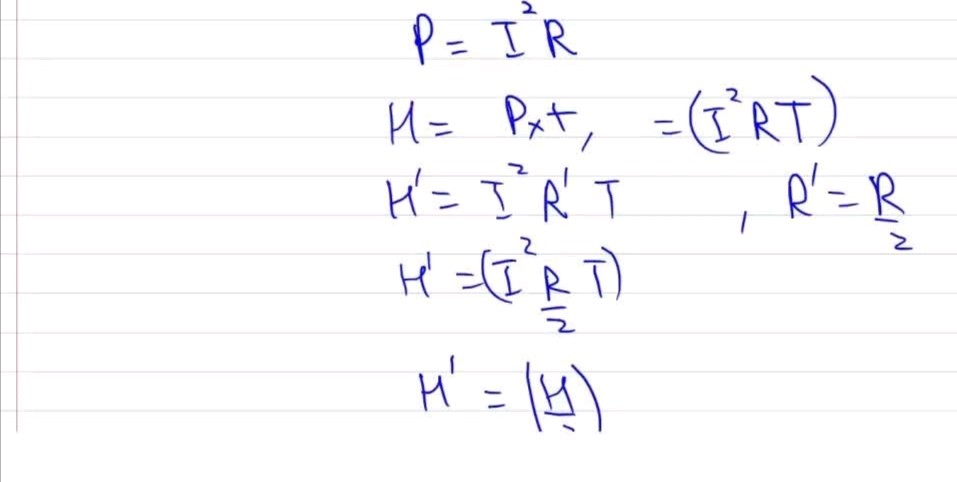