please give me the summary of netaji ka chasma?

but i want it in english could anyone help me 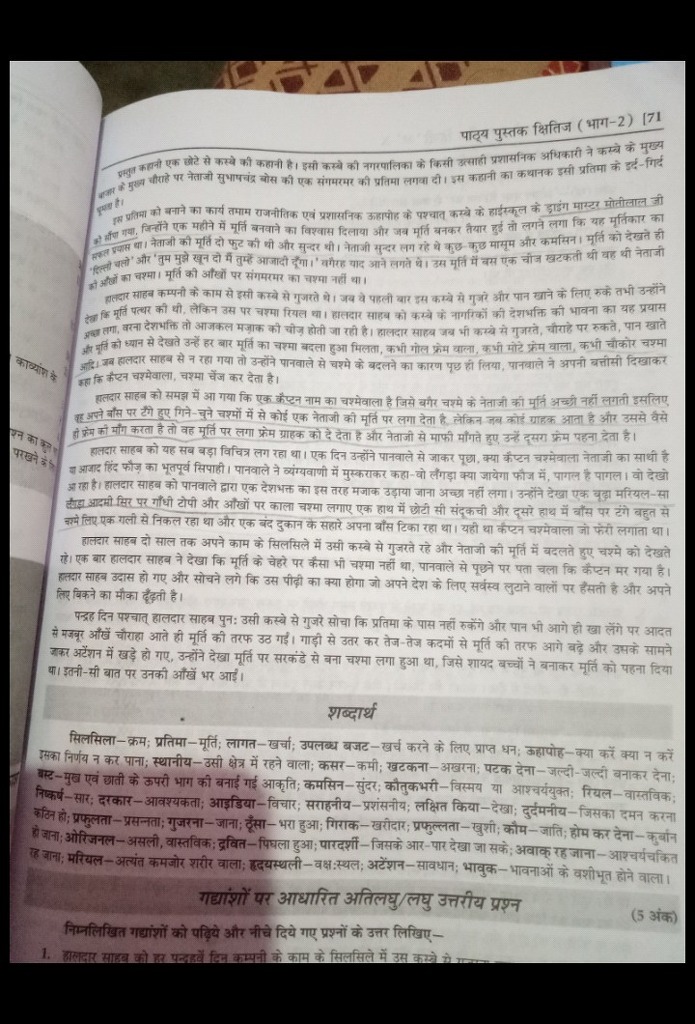 HALDAR SAHAB has to pass through a town for the work of his company.
In that town only some brick made houses was there and only a good market and also it has one cinema hall and a school of girls and a school of boys. In the town there was also a NAGAR PALIKA. NAGAR PALIKA was there so it use to do some work also sometimes it use to open sone toilets sometimes houses for birds. One a member from it decided to keep the statue of Neta ji.

The writer don't know the full thing but he thinks that since the members of the NAGAR PALIKA was not having good information about any artist who could make the statue so they decided that the statue would be made by DRAWING TEACHER of the only HIGH SCHOOL.
The teacher said that he will construct the statue in a month.

The statue was made up of marval it was beautiful when HALDAR SAHAB saw this he liked the statue but in that he saw one thing is very different that the whole statue is of marval but the glasses are the real ones.
He concluded that whatever it is, the work of the people is really awsome.
HALDAR SAHAB has to pass through that town every 15 - 20 day and every time he see the different glasses in the face of statue so one time he asked the shop keeper of a PAN Shop , does the spectacles of the statue changes every time then, the shop keeper told that, the captain use to change this, so HALDAR SAHAB asked why he does so then the shopkeeper said that he does so because when anyone ask for the glasses the captain take out the glass from the statue and put another on it.
Once HALDAR SAHAB didn't saw any spectacle on the face of statue so he asked from the shop keeper. the shopkeeper said that the captain is dead.

Now HALDAR SAHAB thought that there would be nobody to change the glasses of NETA JI .
But when this time he passed from the town he saw a hand- made childish glass, he thought that still the country love or DESH BHAKTI has not ended yet.
It is still alive in the hearts of children.