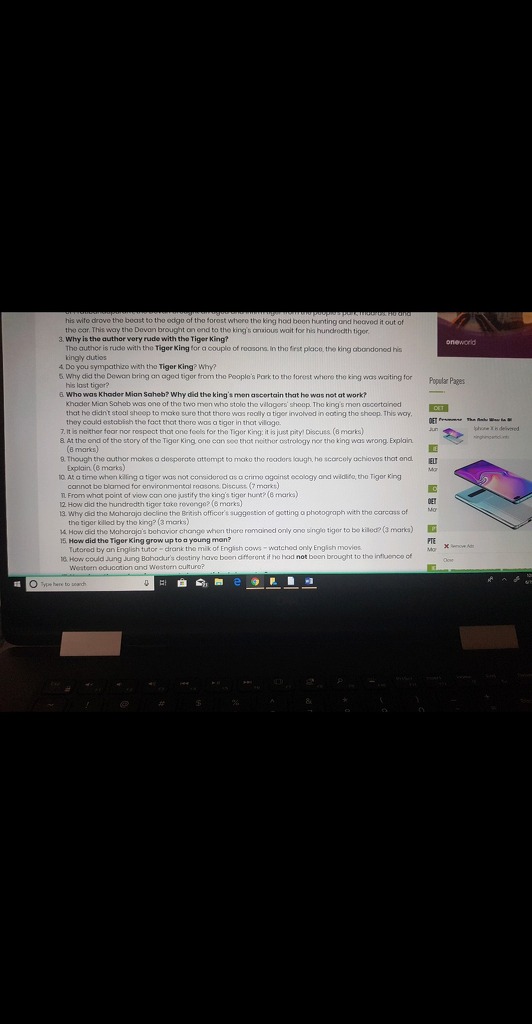 10) It is true that a long time ago, killing of tigers was not a crime. Hunting was very much legal and high ranking officials and kings used to indulge themselves in activities like hunting for entertainment. This was also a way of keeping the population of animals in control. It maintained an equilibrium at some point of time and human beings were fulfilling their role in the food chain. But things started running out of hand when hunting became a more widespread sport. The population of animals got affected drastically which is evident from the chapter when the king finds difficulty in searching for a tiger in his own province. Although, hunting wasn't illegal at that time, killing of an animal is an inhumane act and it should be condemned. There is nothing that can justify king's actions, as we human beings are most intelligent in this planet and it is our responsibility to protect other life forms.

We hope that this answer solves your query. Kindly ask the other question in a separate thread.
Regards.