1. Rural women from a land owning family will probably have goals that they get proper yield from whatever has been sowed in their farms. Also, if the family is not giving her importance for decisions regarding their land, she would want that her views are also considered.

2.Urban unemployed youth 's most important goal will be to get employed and get good salary which will keep him and his family happy.

3. a boy from a rich urban family would have a goal to carry on his family business very well in future. Also, if he is small, he would want his parents to satisfy his each and every need. He would want to get educated abroad.

4.Adivasi from narmada valley would have a goal of being able to keep her/his family happy. They would want their area to be well- developed in case of schools,water supply, electricity. etc. They would also aspire to be treated with dignity.

I would consider 2 more goals of a child labour and a girl prostitute.

what about the Farmer who depends only on rain for irrigation/ or growing crop ?

Farmers who depend only on rain for growing crops- they should try and implement irrigation systems. 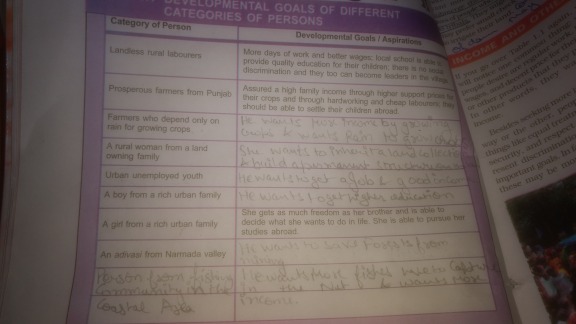 May this help you 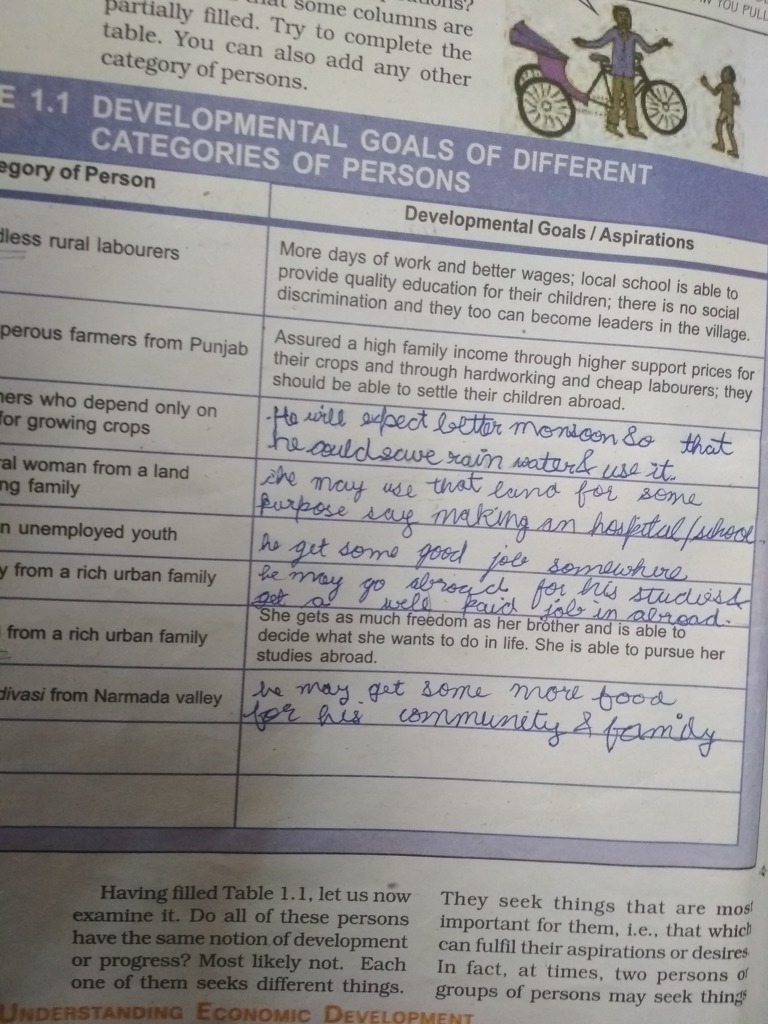 it would be better if you do it yourself 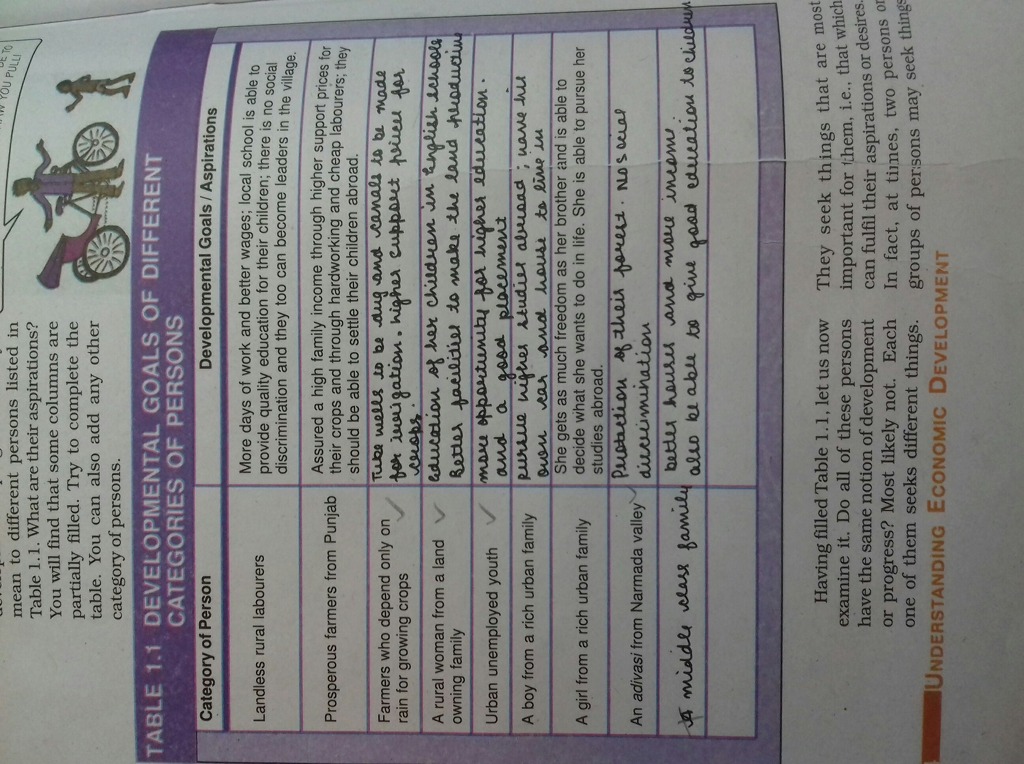