Pls answer the following with explanation

Dear student,
Maximum no. of electrons in a given shell is given by formula 2n2, where​​​​​​ n = shell number
The electronic configuration of the elements are: 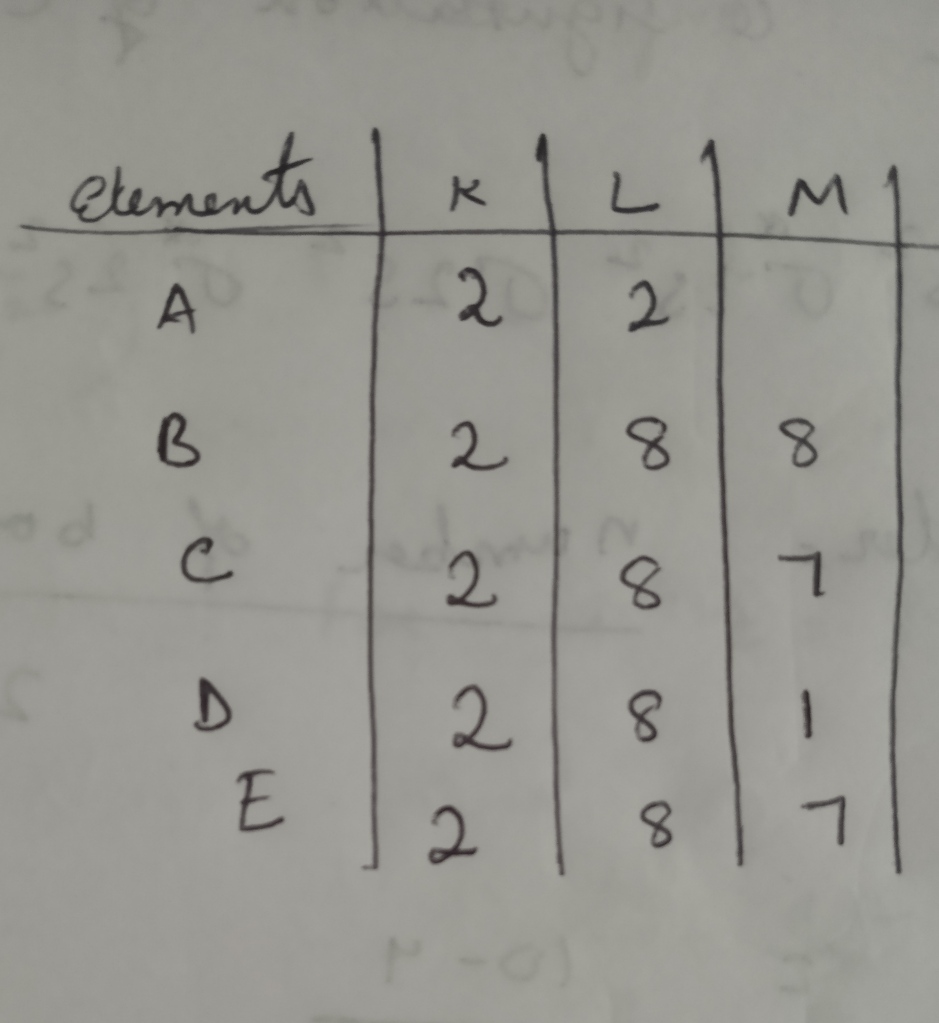