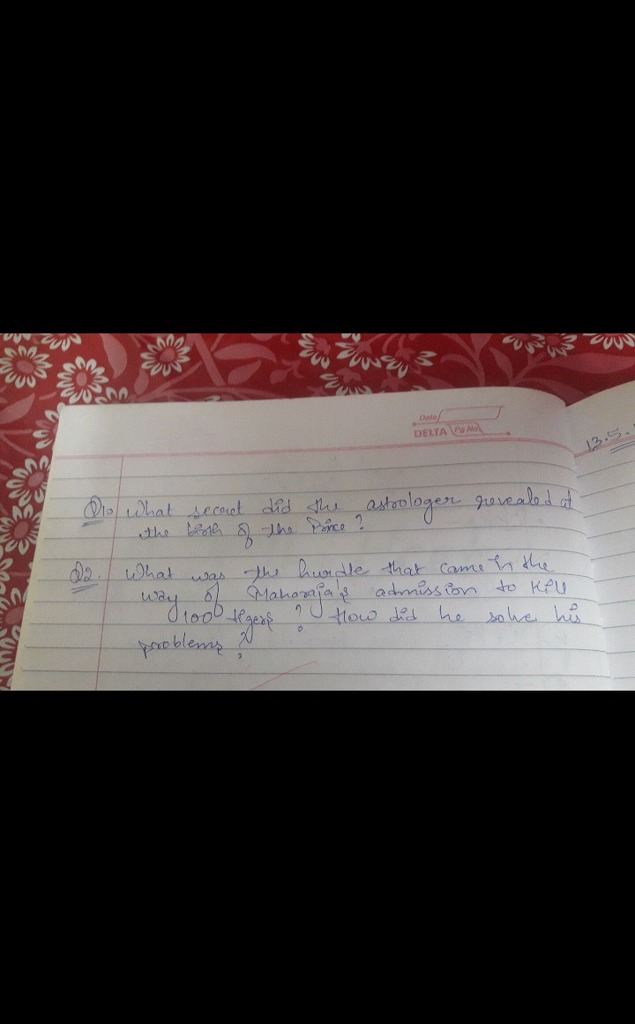 Dear Student,
1. When the Prince was born, it was told that he would die one day and that a tiger will be the reason of his death. The Prince was only ten days old and to everyone's surprise he spoke. He said that death was common to all and that tigers should be aware of him.
2. The Maharaja was able to kill 99 tigers. Just one tiger remained to complete his tally of a hundred. By this time the tiger farms had run dry even in his father-in-law’s kingdom and it really  became impossible to locate tigers anywhere. And the king was so anxious.But soon came the happy news that dispelled his gloom. There was a possibility of a tiger living in the hillside village. The Maharaja announced a three-year exemption from all taxes for that village and he set out for hunt at once. The tiger was not found but the Maharaja refused to leave the forest. The dewan himself was in danger of losing his job. He somehow got a tiger arranged from the People’s Park in Madras. The tiger was then left in the forest where the Maharaja was hunting. He took a careful aim at the beast. The tiger fell down on the ground in a heap. Then came the anti-climax. The tiger survived. The Maharaja’s bullet missed its mark.
Regards