Plz explain how to identify 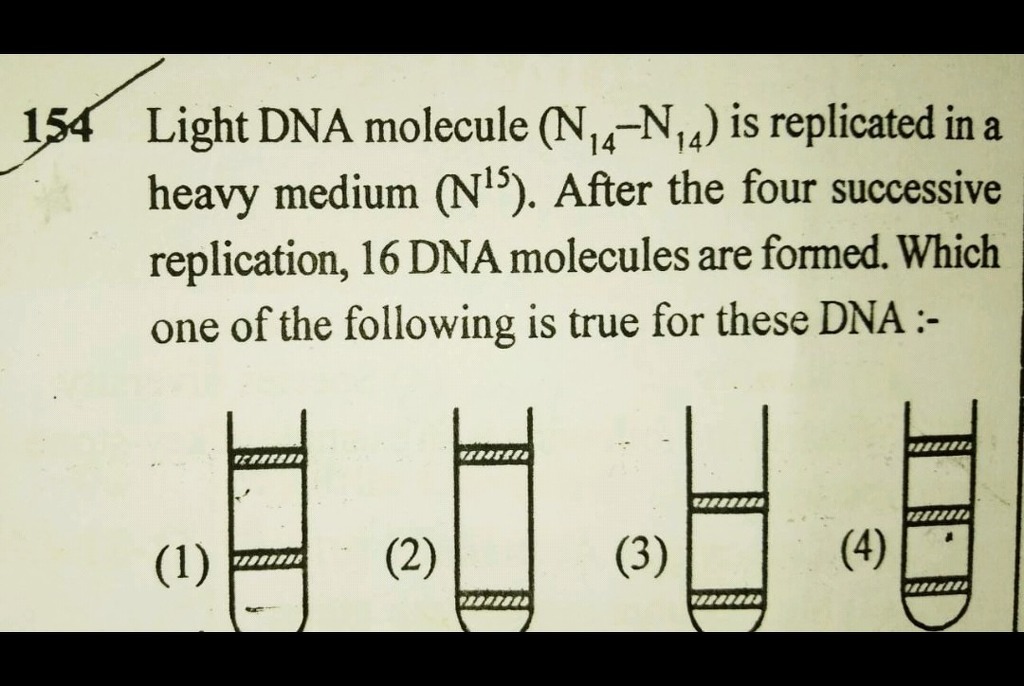 Dear Student,
Messelson and Stahl performed the experiment to prove that DNA replicates  semi-conservatively. The salient features of their experiment include
E.coli was grown in a medium containing heavy isotope 15N as the nitrogen source.
15N was incorporated into newly synthesised DNA as well and the DNA became heavy DNA.
Heavy DNA molecule can be differentiated from normal DNA by density gradient centrifugation using cesium chloride as the gradient.
Then, cells were again transferred into a medium with 14N as nitrogen source. Samples were taken from this media and their DNA was extracted.
E .coli divides every 20 minutes. Therefore, the DNA extracted after 20 minutes had a hybrid density.
DNA extracted after 40 minutes had equal amount of hybrid and light intensities.
This implies that the newly synthesised DNA obtained one of its strands from the parent. Thus, replication is semi-conservative.
So option 4 is correct.
Hope this answers your question,
Regards
View Full Answer
What are you looking for?