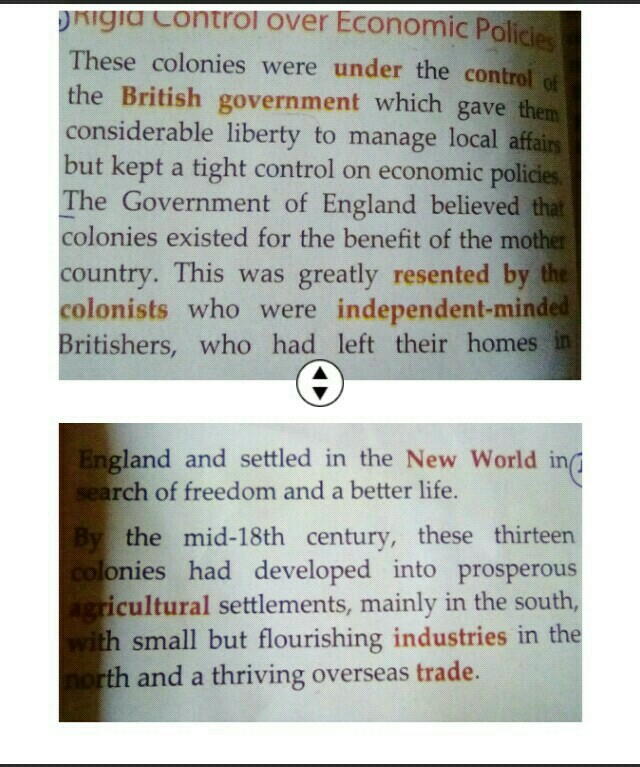 Dear student,
British government had control over its colonies and gave few liberties to them for managing its local affairs on its own. Otherwise, the British government imposed strong economic policies where the colonies had to supply raw materials to Britain which increased the wealth of the country. In Britain the products used to get produced which were exported to its colonies which helped them to control the economy of the colonies as well as to strengthen their economic backbone. Thus this economic control gave rise of imbalanced trade system, slavery, inhuman activities, etc.
Regards