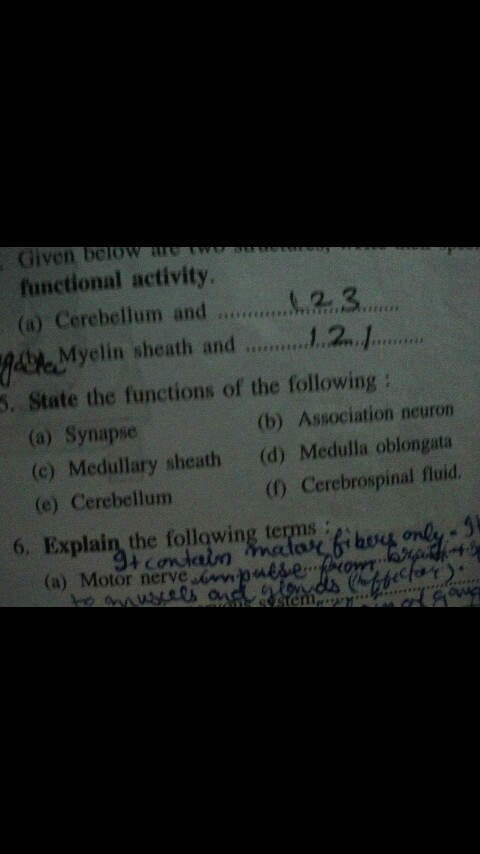 1. a  synapse  is a structure that permits a  neuron  to pass an electrical or chemical signal to another cell.

2. Association neuron also known as interneuron. These neurons are present in brain and spinal chord. They are used to conduct impulses between the neurons for example between afferent and efferent neurons.

3. A medullary sheath is a protective covering surrounding and insulating certain nerve fibres. Medullary sheath is further composed of two layers; an inner fatty layer called the myelin sheath and an outside cellular layer called the neurilemma or sheath of Schwann cells.  It is essential for the proper functioning of the nervous system. It helps in stimulating the nerve transmission. It acts as an electrical insulator and allows faster and more energetically efficient conduction of nerve impulses.

5. Cerebellum is associated with regulation and coordination of movement, posture and balance.

Role of cerebrospinal fluid are: