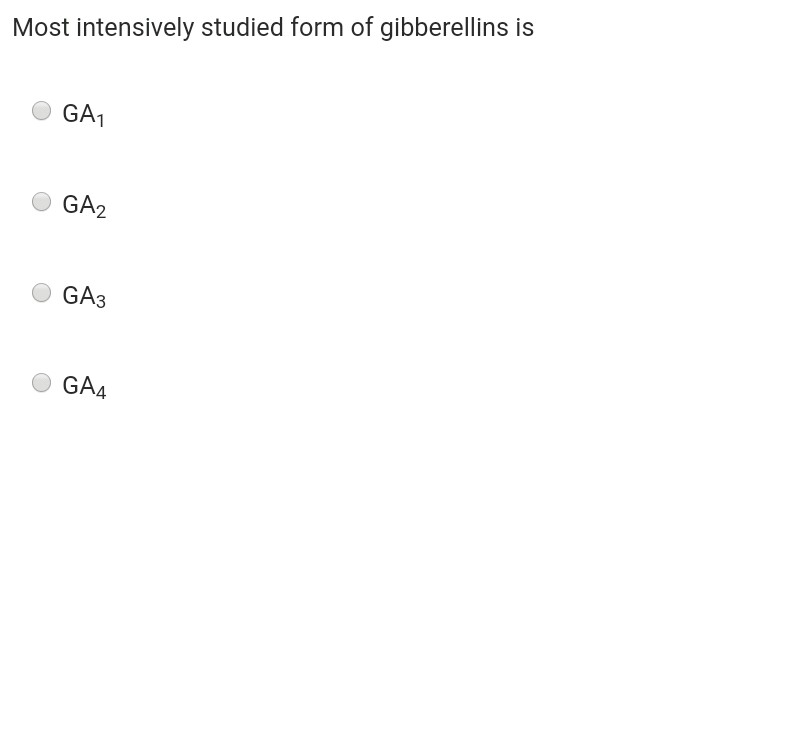 Dear Student, Gibberellins are a kind of growth promotery plant growth regulators (PGR). There are more than 100 gibberellins reported from widely different organisms such as fungi and higher plants. They are denoted as GA1, GA2, GA3 and so on. However, gibberellic acid (GA3) was one of the first gibberellins to be discovered and remains the most intensively studied form. All GAs are acidic. They produce a wide range of physiological responses in the plants. Their ability to cause an increase in length of axis is used to increase the length of grapes stalks. Gibberellins, cause fruits like apple to elongate and improve its shape. They also delay senescence. Thus, the fruits can be left on the tree longer so as to extend the market period. GA3 is used to speed up the malting process in brewing industry. So the correct answer is GA3. Regards
View Full Answer
What are you looking for?