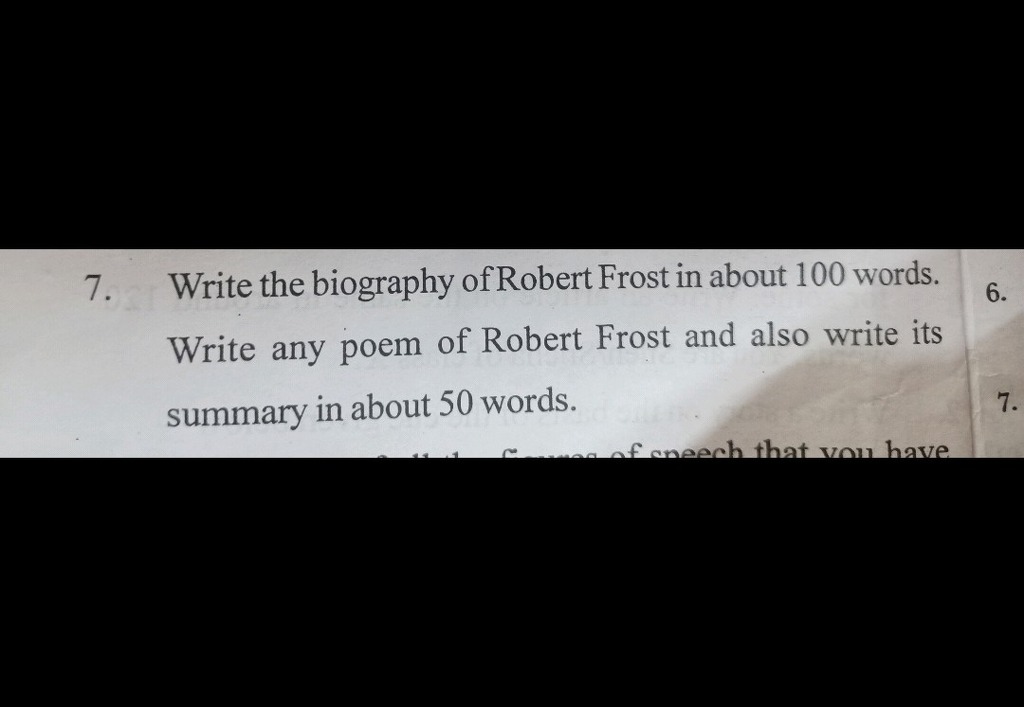 Robert Frost was born on March 26, 1874, in San Francisco, California. He spent the first 11 years of his life there and then moved to the town of Lawrence, Massachusetts. There he attended Lawrence High School. After his high school graduation in 1892, he attended Dartmouth University.

In 1894, he got his first poem, "My Butterfly: an Elegy," published in The Independent, a weekly literary journal based in New York City. Later, on December 19, 1895, he got married to Elinor. They had their first child, Elliot, in 1896.

Some of the famous works by Robert Frost include A Boy's Will, North of Boston, Mountain Interval, New Hampshire, The Lone Striker, and From Snow to Snow. "The Road not taken" is the renowned poem of Robert Frost summary of which can be referred to through this link-https://www.meritnation.com/cbse-class-9/english/beehive/the-road-not-taken-(poem)/summary/11_7_19_1863