Rearrange the following sentences into a prepare sequences as it appeared in the text 'The snake and the mirror' ? 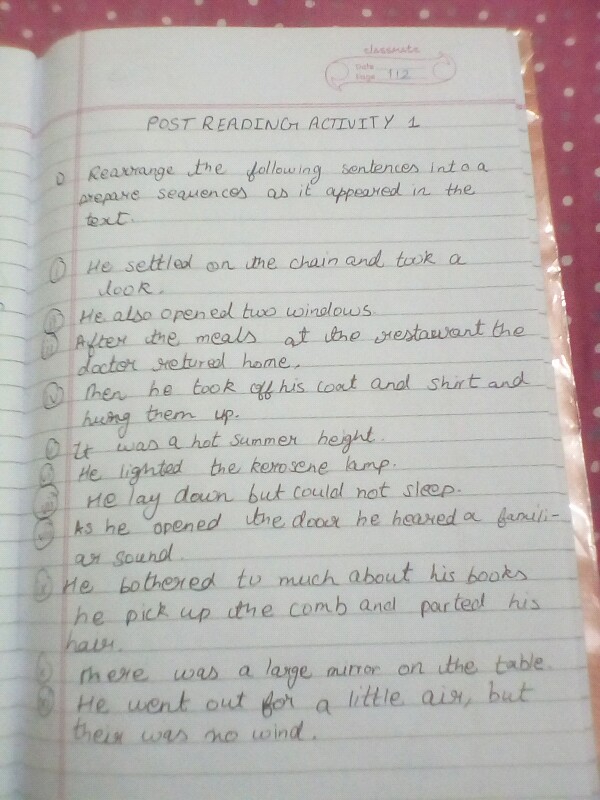 V. It was a hot summer night.
iii. After the meals at the restaurant, the doctor returned home.
viii. As he opened the door, he heard a familiar sound.
vi. He lighted the kerosene lamp.
iv. Then he took off his coat and shirt and hung them up.
ii. He also opened two windows.
vii. He laid down but could not sleep.
xi. He went out for a little air, but there was no wind.
i. He settled on the chair and took a look.
x. There was a large mirror on the table.
ix. He bothered too much about his looks, he picked up the comb and parted his hair.