Shifting of pressure belts between 30 to 40 degree parallel in both hemispheres influences the climate of that region . Explain with suitable examples. Please help me to find the answer from this given image 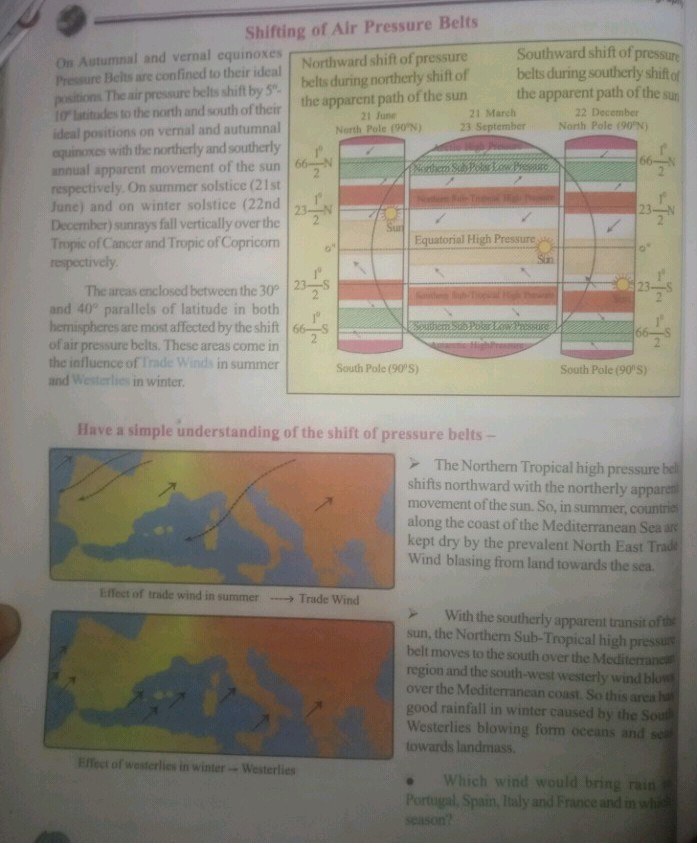 The influence of shifting of pressure worlds is felt it roughly between 30 to 40 degree north and South.
Let's take an example:-
During the summer solstice the position of sun is in our Northern hemisphere and Sun rays fall directly on tropic of Cancer this means that the pressure belts must have shifted 5 to 10 degree north as compared to their actual position.
Hope it helps you
Regards