Short story ....two friends were passing through a dense forest ,suddenly they heard some animal screaming... 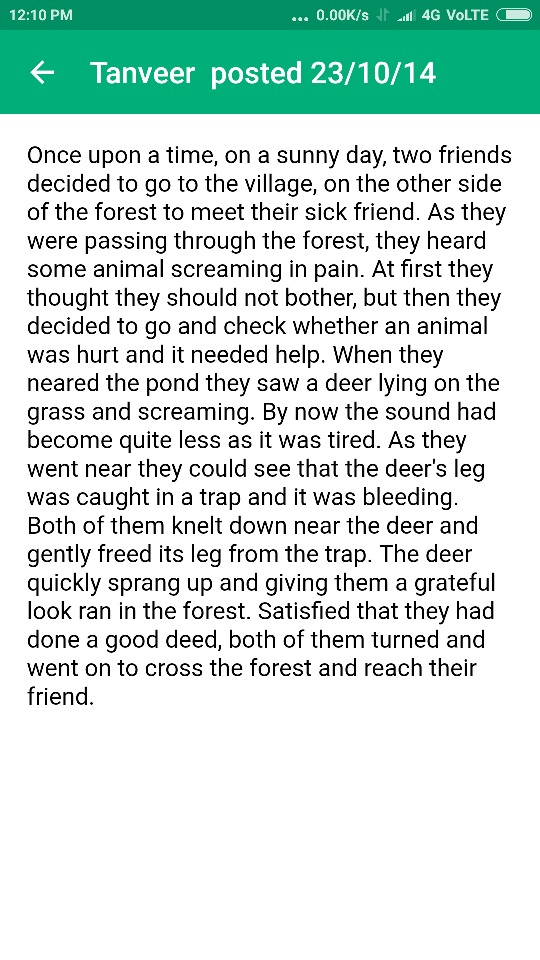 YOU HAVE RECENTLY ENJOYED A DELHI METRO RIDE WITH A CLOSE ASSOCIATE . THE TRAFFIC DISCIPLINE & MODERN TECHNOLOGH FORCED YOU TO PEN DOWN YOUR EXPERIENCE . EXPRESS THE JOYFUL EXPERIENCE THROUGH A DIARY ENTRY IN 100 - 150 WORDS ?
What are you looking for?