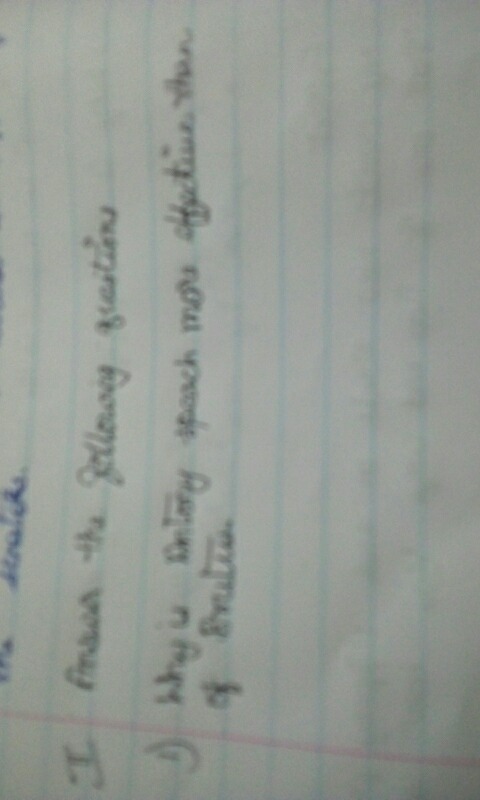 Mark Antony's speech was more successful than Brutus' speech because he incorporated logos, ethos, and pathos, whereas Brutus only used logos when he spoke about Caesar's death.  For example, in Brutus' speech, instead of appealing to the plebeians' emotions, he used only cold, hard facts about Caesar and Brutus tried to sway their opinion with forcefulness, simply stating the reasons for his actions: " As he was valiant, I/ honour him. But, as he was ambitious, I slew him".  Mark Antony was logical, as well, but added emotion to his speech, and made the plebeians question Brutus without insulting him in any way.  An example of this would be when Antony states: "I thrice presented him a kingly crown,/ which he did thrice refuse. Was this ambition?/ Yet Brutus says he was ambitions,/ and sure he is an honorable man".  Brutus had only one main, logical point in his speech about killing Caesar, but Antony made the people question themselves and the events.  Brutus forcefully told the  people how they should think, but Mark Antony involved the people in thinking for themselves and deciding on the correctness of the assassination.
View Full Answer
What are you looking for?