Now consider the circuit. The P-side of the diodes D1 and D2 are connected to the secondary terminals of the transformer. The N-sides of the diodes are connected together. The load is connected between this point and the midpoint of the transformer. When the input signal to diode D1 is positive, it conducts and load current flows. During this time, the input to diode D2 is negative with respect to the midpoint. During the negative half cycle of the input signal, the voltage at D1 is negative and that at D2 is positive. So D2 conducts during this time period. Thus we get output voltage during both the half cycles. As the full wave rectifier rectifies both the half cycles, it is more efficient than the half wave rectifier. The waveforms are given below: 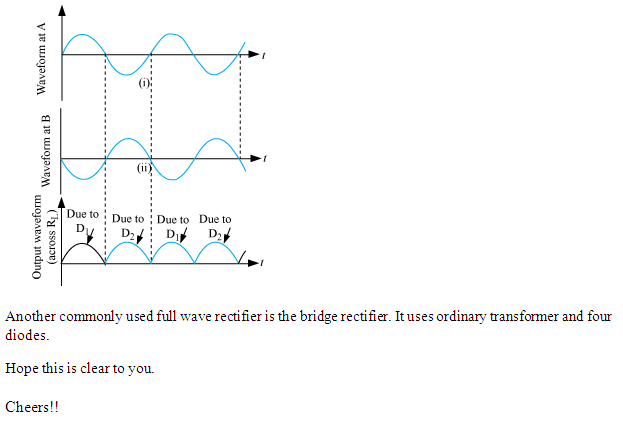