study the given diagram and answer 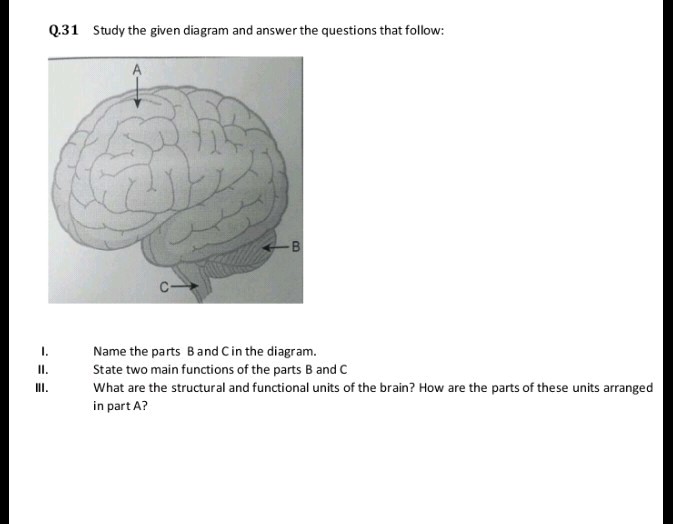 I. Part B in the diagram is Cerebellum and C is the Medulla of the brainstem.

Medulla of brainstem: The function of the Medulla Oblongata is to control autonomic functions (that are not in human control) like breathing, respiration, heart Beat. It is also involved in body secretion, reflexes, swallowing, coughing, and sneezing actions. Since Medulla Oblongata performs various functions critical to the body, damage to this structure can be fatal.

III. The structural and functional units of the brain are called neurons. In the cerebrum (part A), neurons are arranged in such a way that their cell body is in the outer part (in grey matter) and axons are in the inner part (in white matter).

Hope this clears your doubt.
Regards.