The poem, "Animals" by Walt Whitman is a comparison between animals and humans.?

He says that he would be happy if he was an animal than a human. He said that he enjoyed the company of animals as compared to that of humans. He wants to transform into an animal in order to understand what helps animals establish their lifestyle etc.?

In the poem animals, the poet has described his will to become an animal because he thinks animals are far better than human beings. Human beings are greedy and full of jealousy against each other. But animals are calm and self contained. The animals are happy with what they have. They never complain about miseries and sorrows. On the other hand human beings complain about their miseries. They give more importance to the rich and strong people, stay restless because of their wrongdoings and run behind the luxurious things of this world. Whereas animals are honest about their relations and don?t give importance to a particular class. They live a life which is full of honesty and less of greed and jealousy. 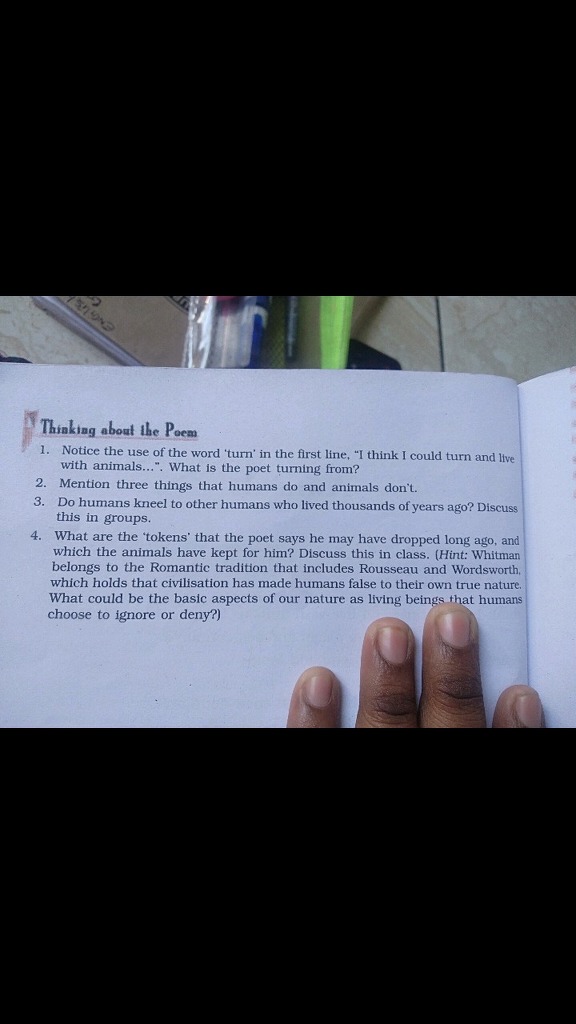