What are auxiliary modal verbs??

how my question is wrong?

what do you mean?

The verbs in this list all have the following characteristics:

The verbs/expressions dare, ought to, had better, and need not behave like modal auxiliaries to a large extent, although they are not productive in the role to the same extent as those listed here. Furthermore, there are numerous other verbs that can be viewed as modal verbs insofar as they clearly express modality in the same way that the verbs in this list do, e.g. appear, have to, seem, etc. In the strict sense, though, these other verbs do not qualify as modal verbs in English because they do not allow subject-auxiliary inversion, nor do they allow negation with not. If, however, one defines modal verb entirely in terms of meaning contribution, then these other verbs would also be modals and so the list here would have to be greatly expanded.

A modal auxiliary verb gives more information about the function of the main verb that follows it. Although they have a great variety of communicative uses, these functions can all be related to a scale ranging from possibility (may) to necessity (must). Within this scale there are two functional divisions:

The following sentences illustrate the two uses of must:

Another use of modal auxiliaries is to indicate dynamic modality, which refers to properties such as ability or disposition.[3] Some examples of this are can in English, können in German, and possum in Latin. For example, I can say that in English, Ich kann das auf Deutsch sagen, and Illud Latine dicere possum.

Modals in English form a very distinctive class of verbs. They are auxiliary verbs like be, do, and have, but they are defective insofar as they cannot be inflected like these other auxiliary verbs, e.g. have → has vs. should → *shoulds, do → did vs. may → *mayed, etc. In clauses that contain two or more verbs, any modal that is present appears as the left-most verb in the verb catena (= chain of verbs). What this means is that the modal verb is always finite (although it is, as stated, never inflected). In the syntactic structure of the clause, the modal verb is the clause root. The following dependency grammar trees illustrate the point: The verb catenae are in blue. The modal auxiliary in both trees is the root of the entire sentence. The verb that is immediately subordinate to the modal is always an infinitive. The fact that modal auxiliaries in English are necessarily finite means that within the minimal finite clause that contains them, they can never be subordinate to another verb, e.g.

This trait of modal auxiliaries has motivated the designation defective, that is, modal auxiliaries are defective in English because they are so limited in their form and distribution. One can note further in this area that English modal auxiliaries are quite unlike modal verbs in closely related languages. In German, for instance, modals can occur as non-finite verbs, which means they can be subordinate to other verbs in verb catenae; they need not appear as the clause root.

The table below lists some modal verbs with common roots in English, German and Dutch. English modal auxiliary verb provides an exhaustive list of modal verbs in English, and German verb#Modal verbs provides a list for German, with translations. Dutch verbs#Irregular verbs gives conjugations for some Dutch modals.

Words in the same row of the table below share the same etymological root. Because of semantic drift, however, words in the same row may no longer be proper translations of each other. In addition, the English and German verbs will are completely different in meaning, and the German one has nothing to do with constructing the future tense. These words are false friends.

The English verbs dare and need have both a modal use (he dare not do it), and a non-modal use (he doesn't dare to do it). The Dutch verb durven is not considered a modal (but it is there, nevertheless) because its modal use has disappeared, but it has a non-modal use analogous with the English dare. Some English modals consist of more than one word, such as "had better" and "would rather".[5]

Some other English verbs express modality although they are not modal verbs because they are not auxiliaries, including want, wish, hope, and like. All of these differ from the modals in English (with the disputed exception of ought (to)) in that the associated main verb takes its long infinitive form with the particle to rather than its short form without to, and in that they are fully conjugated.

Germanic modal verbs are preterite-present verbs, which means that their present tense has the form of a vocalic preterite. This is the source of the vowel alternation between singular and plural in German and Dutch. Because of their preterite origins, modal verbs also lack the suffix (-s in modern English, -t in German and Dutch) that would normally mark the third person singular form:

The main verb that is modified by the modal verb is in the infinitive form and is not preceded by the word to (German: zu, Dutch: te). There are verbs that may seem somewhat similar in meaning to modal verbs (e.g. like, want), but the construction with such verbs would be different:

In English, main verbs but not modal verbs always require the auxiliary verb do to form negations and questions, and do can be used with main verbs to form emphatic affirmative statements. Neither negations nor questions in early modern English used to require do.

In English, modal verbs are called defective verbs because of their incomplete conjugation: they have a narrower range of functions than ordinary verbs. For example, most have no infinitive or gerund.

Deontic (agent-oriented) usages of modals tend to develop earlier than epistemic uses, and the former give rise to the latter.[6]:pp.192-199 For example, the inferred certainty sense of English "must" developed after the strong obligation sense; the probabilistic sense of "should" developed after the weak obligation sense; and the possibility sense of "may" and "can" developed later than the permission or ability sense. Two typical sequences of evolution of modal meanings are:

Hawaiian Creole English is a creole language most of whose vocabulary, but not grammar, is drawn from English. As is generally the case with creole languages, it is an isolating language and modality is typically indicated by the use of invariant pre-verbal auxiliaries.[7] The invariance of the modal auxiliaries to person, number, and tense makes them analogous to modal auxiliaries in English. However, as in most creoles the main verbs are also invariant; the auxiliaries are distinguished by their use in combination with (followed by) a main verb.

There are various preverbal modal auxiliaries: kaen "can", laik "want to", gata "have got to", haeftu "have to", baeta "had better", sapostu "am/is/are supposed to". Unlike in Germanic languages, tense markers are used, albeit infrequently, before modals: gon kaen kam "is going to be able to come". Waz "was" can indicate past tense before the future/volitional marker gon and the modal sapostu: Ai waz gon lift weits "I was gonna lift weights"; Ai waz sapostu go "I was supposed to go".

Hawaiian, like the Polynesian languages generally, is an isolating language, so its verbal grammar exclusively relies on unconjugated verbs. Thus, as with creoles, there is no real distinction between modal auxiliaries and lexically modal main verbs that are followed by another main verb. Hawaiian has an imperative indicated by e + verb (or in the negative by mai + verb). Some examples of the treatment of modality are as follows:[8]:pp. 38–39 Pono conveys obligation/necessity as in He pono i na kamali'i a pau e maka'ala, "It's right for children all to beware", "All children should/must beware"; ability is conveyed by hiki as in Ua hiki i keia kamali'i ke heluhelu "Has enabled to this child to read", "This child can read".

French, like other Romance languages, has no modal auxiliary verbs; instead, it expresses modality using conjugated verbs followed by infinitives: for example, pouvoir "to be able" (Je peux aller, "I can go"), devoir "to have an obligation" (Je dois aller, "I must go"), and vouloir "to want" (Je veux aller "I want to go").

Mandarin Chinese is an isolating language without inflections. As in English, modality can be indicated either lexically, with main verbs such as yào "want" followed by another main verb, or with auxiliary verbs. In Mandarin the auxiliary verbs have six properties that distinguish them from main verbs:[9]:pp.173-174

The complete list of modal auxiliary verbs[9]:pp.182-183 consists of

Spanish, like French, uses fully conjugated verbs followed by infinitives. For example, poder "to be able" (Puedo andar, "I can go"), deber "to have an obligation" (Debo andar, "I should go"), and querer "to want" (Quiero andar "I want to go").

The correct use of andar in these examples would be reflexive. "Puedo andar" means "I can walk", "Puedo irme" means "I can go" or "I can take myself off/away". The same apllies to the other examples.

i mean you are hot

what do u mean

Modal auxiliary verbs are used to show a necessity, capability, willingness, or possibility. Unlike most verbs, there is only one form of these verbs. Typically, verb forms change to indicate whether the sentence's structure is singular or plural. Most verbs also indicate whether something happened in the past, present, or future. This is not the case with most modal auxiliary verbs, which makes them simpler to understand and use correctly.

Modal Auxiliary. ... Helping?verbs?or auxiliary verbs?such as will, shall, may, might, can, could, must, ought to, should, would, used to, need are used in conjunction with main?verbs?to express shades of time and mood. The combination of helping?verbs?with main?verbs?creates what are called verb?phrases or?verb?strings.

Sreya And Rubi Karmakar. answered this 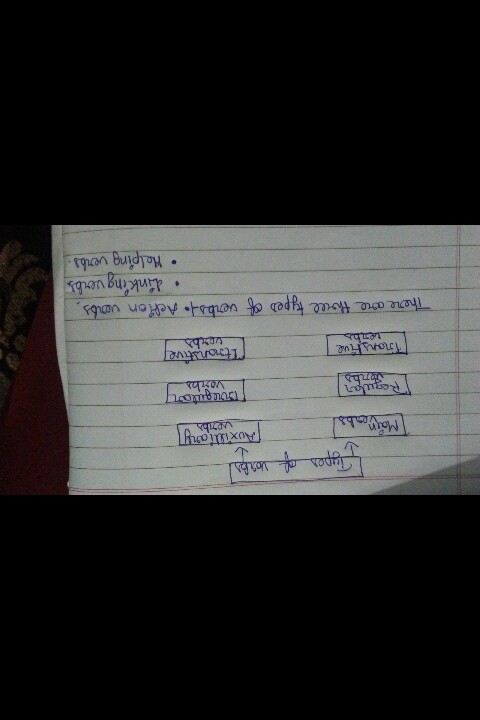 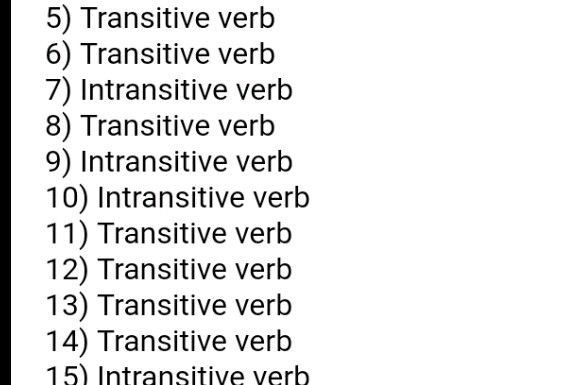 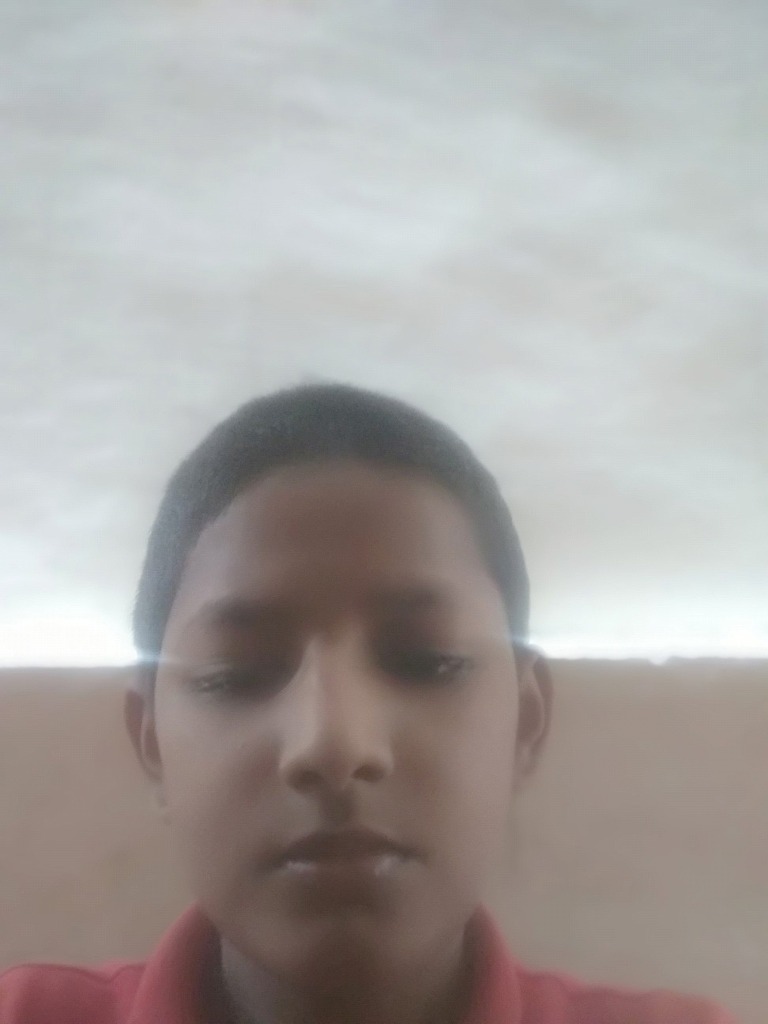