What are the heating effects of Electric Current

The heating effect of current is defined by Joules Law of heating. It states that the heat 'H' produced by a resistor of resistance 'R' due to current 'I' flowing through it for time 't' is:

When electric current is pass through a wire, wire become hot and produce heat in the form of energy, it is known as heating effect of the current.
We define this energy as the amount of energy that is dissipated in the resistor in the form of heat.
Hence, heat produced
H = Pt
= VIt
= I^2Rt 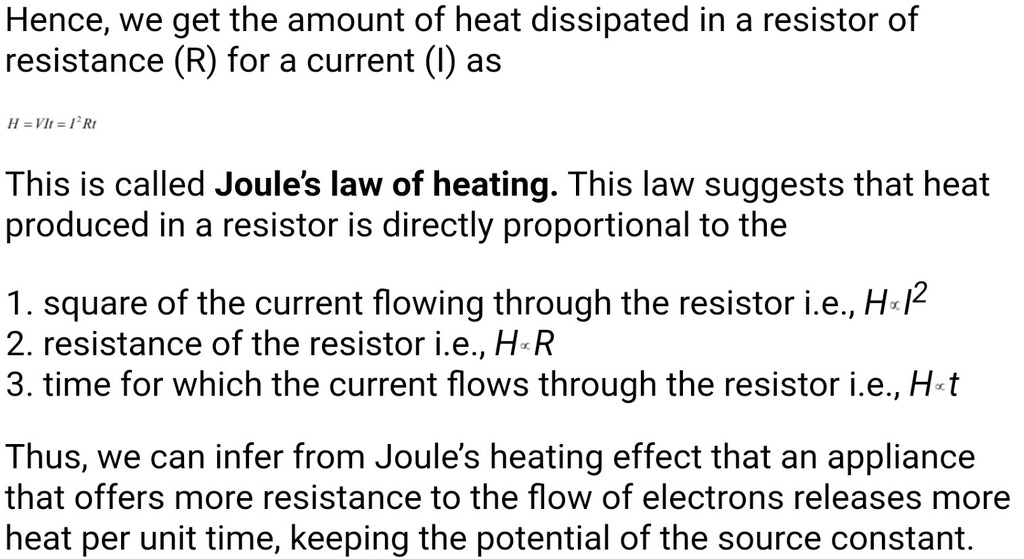 Diversity kkya hai
What are you looking for?