Dear Student,
Zygotene is the second stage in prophase-I of Meiosis. Meiosis is the nuclear division that leads to the formation of haploid cells or gametes. Meiosis has two major phases- Meiosis- I and Meiosis- II. In Meiosis-I, there are stages called Prophase- I, Metaphase- I, Anaphase- I, and Telophase- I followed by cytokinesis. In Prophase - I, there are further sub- stages in the sequence of leptotene, zygotene, pachytene, diplotene and diakinesis.
In zygotene, the homologous chromosomes come near each other, and begin to synapse at several points along the length of chromosomes. Assemblage of chromosomes is done by synaptonemal complex and the homologous chromosomes form pairs called bivalents. These chromosomes begin to get thickened and shortened but there is no actual fusion or exchange of genetic material.
The image below is given for your reference: 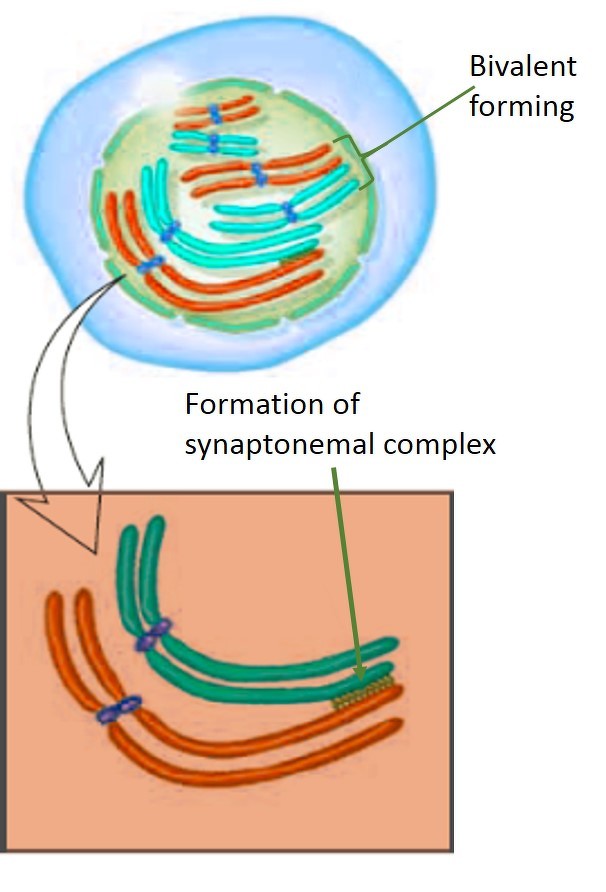 Thanks
What are you looking for?