what problem faced by people during flood and draught ?

Also trapping people as well in the water.

shortage of food,water,shelter e.t.c
-many of people get lost
-harmful injuries
Rain affected who lost their land and crops during flood

People living in the flood affected areas are complaining that their fertile land is ruined and they cannot grow crops.  Their source of livelihood has ended. They say that they are living in the worst conditions; no medical aid; no warm clothing; no education and no child protection.

we have seen that at some places it rains heavily during the monsoon months. sometimes the rains are so , heavy that the rivers start overflowing their banks resulting in floods. the water also floods agricultural & residential land causing immense damage to crops , livestock , houses & roads. electric lines , water supply & communication networks also get affected. floods result in shortage of food & drinking water.

there will be a great loss of agriculture and life

It caused a very big loss to agriculture and life. Many people loss their life.

THE flood  destroyed lakhs of houses which were builded before the flood.
It killed many peoples around 80 - 90 people in colony .
In which they even lost money for their electronic items in their homes .
In an society almost 32 lakhs were lost ,in an family they lost their child
while the flood entered their house and next day after searching much , they
found her body floating in flood  in an colony almost 6 kms far .
Like this many family lost their family members due to flood .

-The flood will collapse the buildings,uprooting trees.
-The water fill the homes.
-There will be no transport,communication.
-schools,hospitals will be closed and there would be no treatment.
-There would  be no provision shops, markets to get food.
-floods cause massive destruction.
-the provision rates will increase and so many of them cant buy.
-lakhs of rupees property was lost.
-poor cattle ,cows and claves will die.
-there would be shortage of clothing,and enough measures to prevent epidemics.
-many people die with hungry.

It may distroy the colany atc...

-the floods will destroy the buildings in which people live.
-also trap the people as well in the water,shortage of food,shelter etc.
-they will get loss in crops and lands during floods.
-there will be no provision shops,markets,to get any food.

In DROUGHT:
1)No food and water available
2)No cattle
3)No agriculture
4)Problem faced mostly due to water

It kill many people and destroy many things 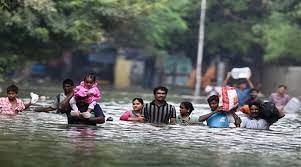 Many people gets killed.
Diseases spread like fire in the area.
Many crops and plants die due to unfavourable conditions
People do not get proper shelter 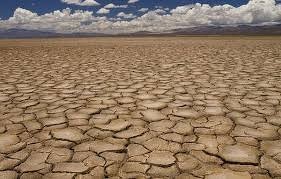 Drought conditions result from a lack of precipitation and this has many effects on the surrounding land and weather conditions.
Drought conditions can worsen after prolonged periods of no rainfall, especially in areas where the water supply is short.
Crops stop growing and there is water crisis

flood:
* too much of rainwater causes rivers to flow over their banks resulting in a flood.
* water spreads onto the land nearby it  .
* the main cause for flooding is heavy rain.
factors of floods:
* heavy rain .
* overflowing of dams .
effects:
* disrupts both,public and personal transportation and communication links when telephone links are damaged.
* disrupt normal drainage system in cities resulting in sewage spills.
* sewage spills ,thereby present a serious health hazard.
* destroy agricultural lands ,crops and drown farm animals.
* receding floodwater can also pose problems .
* the landscape and water can be contaminated with hazardous materials such as sharp debris ,herbicides ,untreated sewage etc.,
* potentially ,dangerous fungi can grow on water soaked surfaces .
* people living in flooded areas can be left without power and clean drinking water.
* they can became a victim to deadly waterborne diseases such as cholera,hepatitis a,malaria etc.,
drought:
* less precipitation in a region , results in shortage of water resulting in a drought.
factors of droughts:
* less rainfall
* unavailability of groundwater.
* excessive evaporation and transpiration.
effects:
* rivers and lakes dry up causing no potable water except groundwater.
* this in turn ,also drys up as there is no addition of water and only transpiration.
* plants and animals also die if this continues .
* if this condition persist for a long time ,that is the rivers dryup and there is no rainfall can cause lack of        food
* people have less food to eat and cost of whatever food is left out also becomes high.
* this condition is called famine .In this people die of starvation and dehydration.
* droughts can also destroy lands for farming .
*

There will be many loss in the agriculture and in the life !

problems faced by people in floods:
1}people lose thier lives
2}people properties get destroyed
3}many childrens become orphans
4}people are lost and scattered here and there

Lakhs of lives are gone . Many people went homeless

The problem faced by flood are-
1. great loss of agriculture
2. loss of property and shelter
3.many people loss their life
4. environment also suffer during floods.

Floods can occur because of access of rainfall or tsunami. During floods stampede might take place and will take thousands and thousands of life. Floods can destroy strong houses also is vary harsh.
Drought occur due to very less rainfall or very long summers. Many people die during droughts as they will become dehydrated and very weak they can fall very sick and eventually die.

people can't get water during drought, the main reason is the land doesn't have water.
even crops are dead.
the people are stuck in their homes because , the water is in higher level.
people can't go to their work ,  they can't get food.
even water snakes come. If the people wanted to go out they should travel in a boat.

The people die because they don't get water during drought,the main reason is the land doesn't have water .
Even the crops die.
The water level is increased during flood, the people can't get food and they can't go to their school and jobs.
Even water snakes come.If the people want to travel they have to travel in a boat.

it cause big loss to life and property of people

Both will destroy crops and life. One will lead to death due to thirst the other by drowning or by broken wires (electric shock). Hope it helps😊

There are many natural disasters . flood and drought are two of them.
1.during the flood the people won't be able to come out of their homes.
2the water will be contaminated and they wouldn't get clean water to drink.
3.diseases like malaria spread which are caused by the mosquitoes and through the larvae in water(growing)
during the drought:-
1.the people suffer from lack of food and Water.
it would be very difficult for them to live in the drought conditions.

There are many natural disasters . flood and drought are two of them.
1.during the flood the people won't be able to come out of their homes.
2the water will be contaminated and they wouldn't get clean water to drink.
3.diseases like malaria spread which are caused by the mosquitoes and through the larvae in water(growing)
during the drought:-
1.the people suffer from lack of food and Water.
it would be very difficult for them to live in the drought conditions.

it may destroy the shelter of animals and human beings. the fields will be destroyed so there will be no food. It will cause a lot of diseases and many people die.their livelyhood will be destroyed however some of the floods are caused by human actions .In draught also many people became ill die. There will be shortage for water and food.the after effect of drought will remain for many years.

by the destruction of floods, the lives of the people are damaged  and destroyed,like the water,food,electricity and the place where they live. by the destruction of draught, the vegetables and fruits get destroyed by the rain which not gives drop of water in the month of june,july and september and all the hardwork of farmers are been wasted.

One of the biggest problems in the human race is flood and drought. They are a big menace. Flood is when excessive water accumulates on the earth's surface. It can be occur because of the following resons:- Drought is an entirely diffrent problem. It is when the water on the earth's surface is scarce. People living or suffering this natural phenomenon gets dehydrated. This is very dangerous and can lead to death.

DURING FLOOD  ALL THE HOUSES GETS DESTROYED AND MOSTLY IT CAUSES DEATH. ALL THEIR PROPERTY CAN BE DESTROYED
DURING DROUGHT THERE WILL BE SCARCITY OF WATER AND PEOPLE MAY DIE DUE TO  DEHYDRATION ESPECIALLY KIDS.

The flood destroys many houses. During a flood ,there is scarcity of drinking water ,food.

During a drought there is lack of water . As a result many looses when drought occurs

It kills every people on that moment and destroys car etc etc.If draught type of disaster will happen the people will die without water

Flood will make all the people submarg in water

In floods the people living in that area drawn in the water and the houses their breaks .In droughts the place dried and there is no water at that area to drink and other household works

Shortage of water when it is a drought

Flood and draught is a natural thing. that can died many of people

how many answers you neend Dhananjay

The floods kill many peoples making a large destruction in the area like loss of property,loss of lifes,etc.It also causes finiancial losses to the state and the country..

In flood many houses,trees,and some people can also flow away in water.......
A long period when there is little or no rain is called drought. In draught many animals, human being died because of lack of water.

They are as follows (flood)
1 people loses their property, money, family
2 they are effected by various disease because still water is breeding ground of various germs and mosquitoes.
3 there is the scarcity of food and water
4 connection between other areas also disconnects.


They are as follows (draught)
1 there is a scarcity of food and water.
2 it effect all living things including plants and animals and human
3 soil gets infertile.
4 farmers are most effected by it
5 no rain could fall for many months.

May it help you

In drought people need water and in flood people do not need water. Pleeeaaase give me helpful votes

The people faced by problem during flood are -

Flood caused large damage to human life and property . They are drawing. There house , building and collapse are destroyed. Electricity, supply of water and communication Network also get affected. 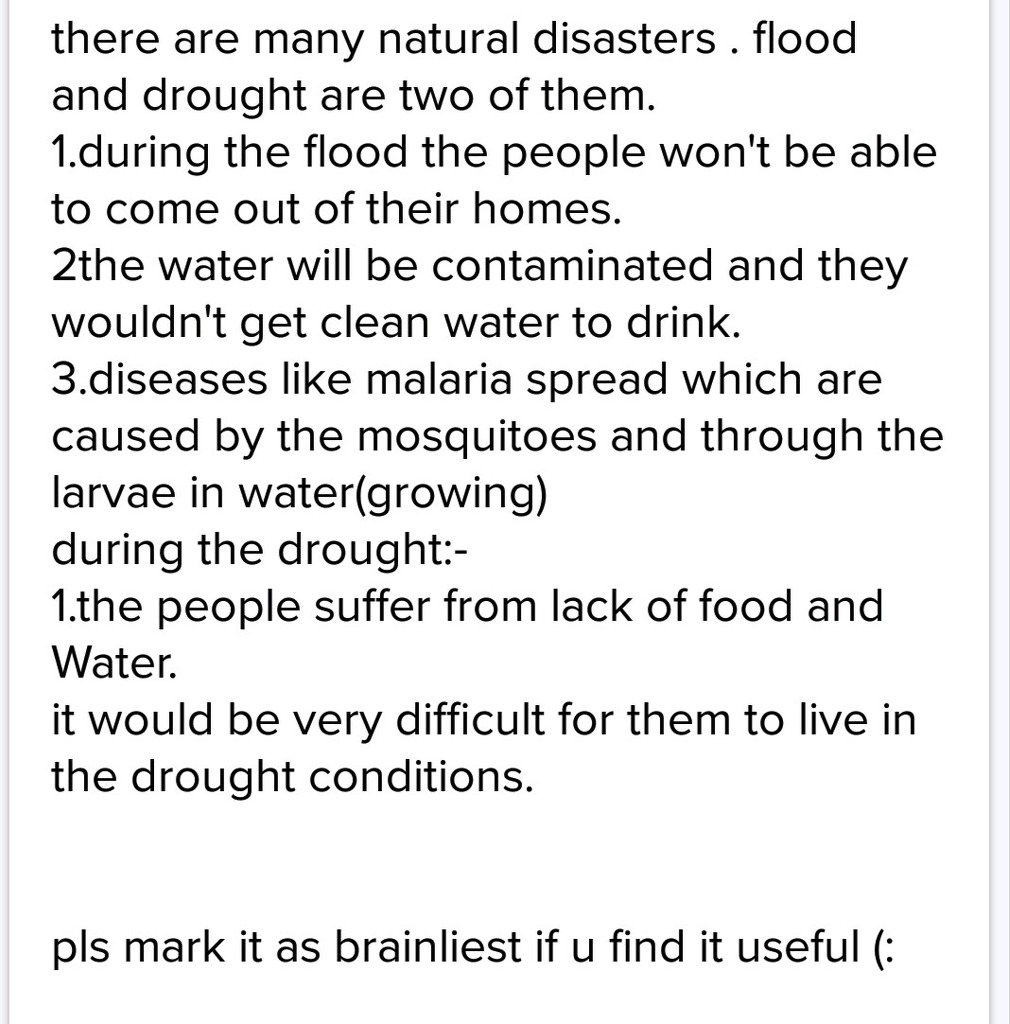 The people have many problems ....

The homes broke.
The water is everywhere.
People get die.

There is less water.
People die

In flood affected areas, there is no shortage of food, drinking water and shelter. During a flood, water remind stagnant for some time in the place. This causes unhygienic conditions leading to outbreak of diseases like maliria, dengue, etc.. people faced in flood. In drought crops and livestock are destroyed and some areas become desert. Due to drought, people die as there is no food to eat and no water to drink people faced in drought.

They do not get water

what this answer
What are you looking for?