what strata of society, do you think, aunt jennifer belongs to? give reason in spport of your answer.

actually the main question was which strata of society that means which section of society such as the middle class or the upper and lower class. and also what will be the reason to answer so?

You can get the perfect answer here 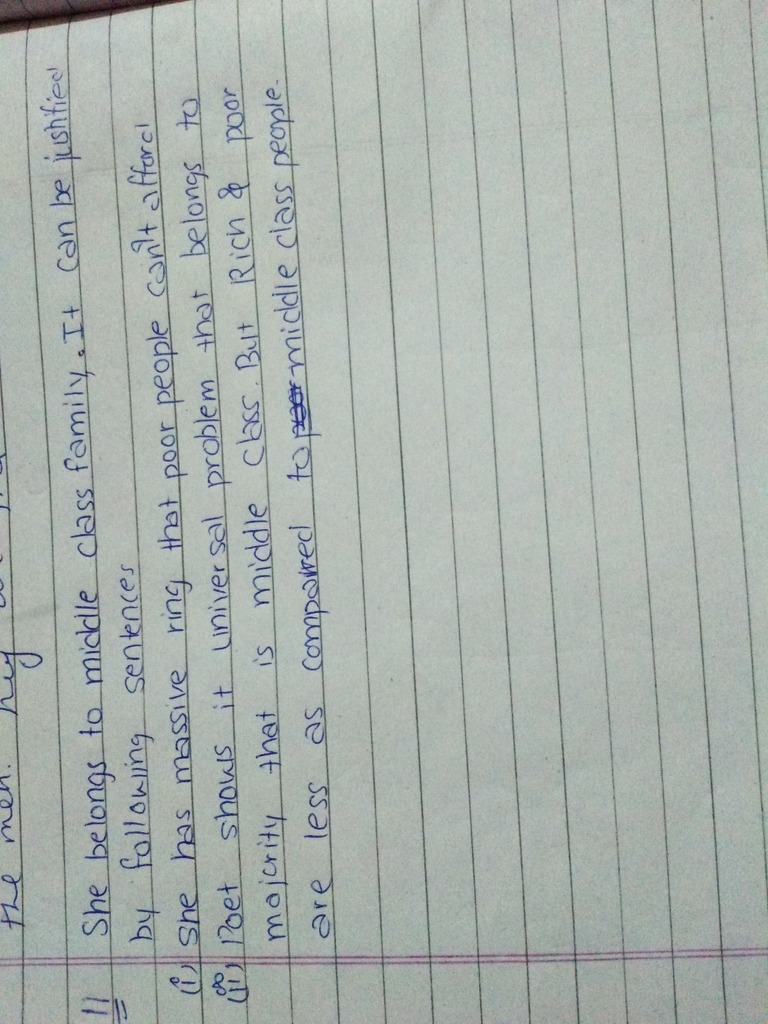 Aunt jennifer belongs to male dominated patriarchial society where she suffers lot of ordeals and fear to live in a society of man.The one of the first reason is that women still struggles for their liberty in a so called male dominated society . All the deep conflicts of bondage and freedom with which women wrestle' have been depicted through the silent suffering of aunt jennifer.she belongs to harsh male dominated strata of society where she bears the burden of matrimony. Her condition is also similar like all the married women in patriarchial society where they suffer from male chauvinism . In the regard of this poem matrimony makes woman subservient to her husband physically and mentally. Aunt jennifer trapped in the vicious circle of dependency & also burdened by the authority of her husband. So , we can say that her condition is also similar to thousands of women in this country where they struggle to obtain liberty from all the shackles of discrimination authoritative command and oppression to live in male dominated society.
What are you looking for?