Which of the following hydrogen halides have the most polar Bond? What is the reason please explain in detail with an appropriate diagram (i)HF (ii)HCl (iii)HBr (iv)HI ( make the diagram of each and every molecule to explain it)

Polarity between bonds depends upon many factors such as e.n , size of atom etc. and varies from period to groups simultaneously. 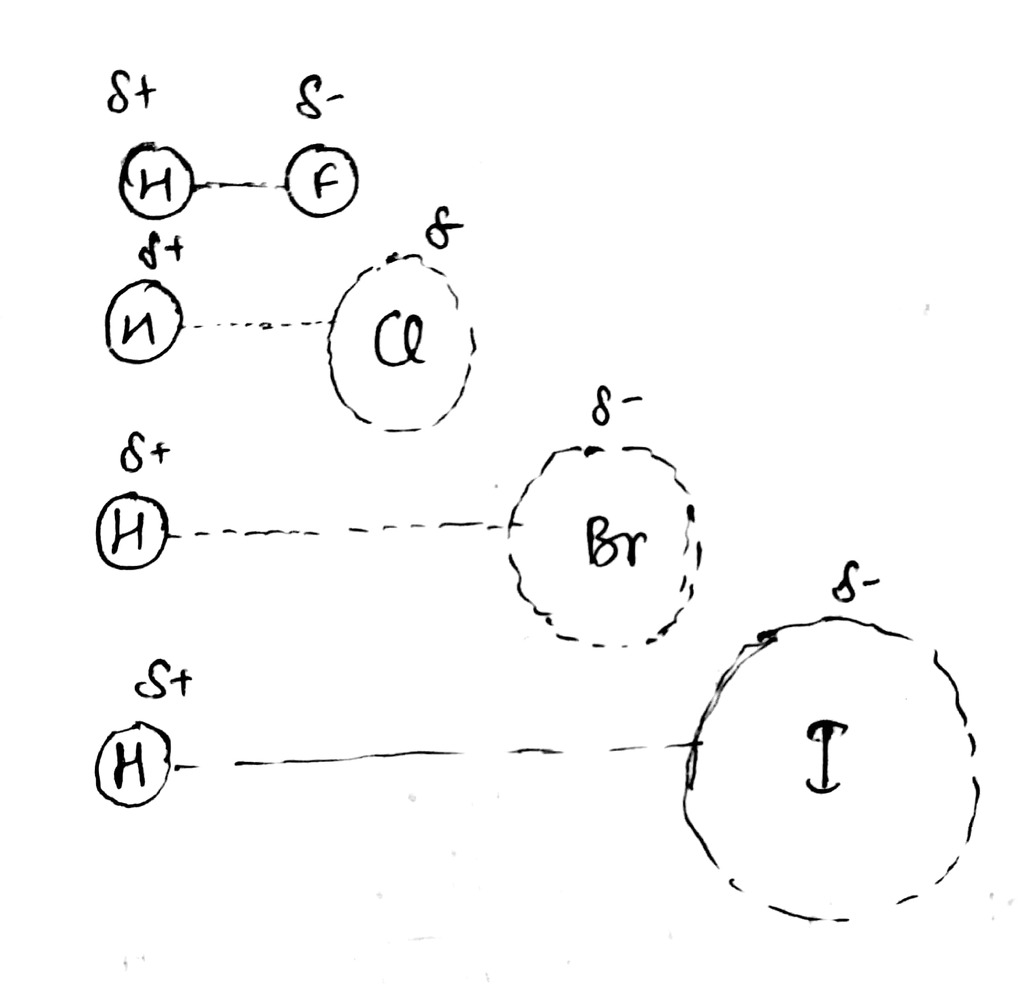 There is no explanation with diagram..It is just the electronegative difference
What are you looking for?