who introduced the doctrine of lapse?Explain briefly the doctrine and mention the territories annexed under this policy.

Refer to the revision notes  , they are the best !!

lord dalhousie introduced this system so that the states that were not conquerd by the britishers . he was the governor genernal of that time. in tis policy if their is no succeser that is the son then the state is  directely in the hands of the british . the king or the queen cannot make their adopted son the succeser . through this there were able to annax Jhansi, satara , nagpur. As the last succeser of jhansi was Gangadhar Rao was dead and there was no ruler and the britishers refused to make her adopted son the ruler the state was captured . when she fought against this she was killed.

Lord Dalhosie initiated a policy called the Doctrine of lapse.According To this Policy, when the ruler of a subsisiary alliance died without a natural heir to the throne, His territory would lapse or pass into british hands

I made Sure That U Have Understood it Veryy wellllll........ 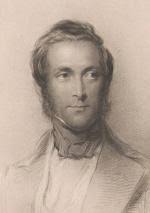 The Doctrine of Lapse was an annexation policy purportedly devised by Lord Dalhousie, who was the Governor General for the East India Company in India between 1848 and 1856. According to the Doctrine, any princely state or territory under the direct influence (paramountcy) of the British East India Company (the dominant imperial power in the subcontinent), as a vassal state under the British Subsidiary System, would automatically be annexed if the ruler was either "manifestly incompetent or died without a direct heir". The latter supplanted the long-established right of an Indian sovereign without an heir to choose a successor. In addition, the British decided whether potential rulers were competent enough. The doctrine and its application were widely regarded by Indians as illegitimate.

At the time of its adoption, the Company had absolute, imperial administrative jurisdiction over many regions spread over the subcontinent. The company took over the princely states of Satara (1848), Jaipur and Sambalpur (1849), Nagpur and Jhansi (1854), Tanjore and Arcot (1855) and Awadh(Oudh)(1856) and Udaipur using this doctrine. The Company added about four million pounds sterling to its annual revenue by use of this doctrine.

The British took over Awadh in 1856 with the reason that the ruler was not ruling properly. This led to a revolution.

With the increasing power of the East India Company, discontent simmered amongst many sections of Indian society and the largely indigenous armed forces; these rallied behind the deposed dynasties during the Indian rebellion of 1857 also known as the Sepoy Mutiny of 1857 . Following the rebellion, in 1858, the new British Viceroy of India, whose rule replaced that of the British East India Company, renounced the doctrine.

The princely state of Kittur was taken over by the East India Company in 1824 by imposing a 'Doctrine Of Lapse'. So it is debatable whether it was actually devised by Lord Dalhousie in 1848, though he arguably did make it official by putting it to paper-and-ink. Dalhousie's annexations and the doctrine of lapse had caused suspicion and uneasiness in the mind of almost all ruling princes in India.

accarding to this doctrine succesion to protected atate depend upon the will of the british. if the ruler of a dependent state had no male isssue he could not adopt a son. it meant that if a native ruler died without leaving a son behind the dependent state eould pass into the hands of the british. on grounds of lapse satara nagpur jaitpur jhansi and three more kingdoms were annexed

pagel you are ok by kavya prabhal

The doctrine of lapse was introduced by lord Dalhousie. He knew that India was a paternal society(a society in which males are the heads.).Taking advantage of this, he introduced the doctrine of lapse according to which, if a king did not have a biological male heir, then that kingdom would lapse(be taken over by the British).

it was a famous laspe.

Doctrine of lapse was introduced by Lord Dalhousie. In this doctrine when the ruler of a subsistary alliance died without a natural heir to the throne. His territory would lapse or pass into British's hands.

lord dalhousie. it was a policy of the britishers in which if a emperor dies without a male heir his kingdom would be annexed by them.

Lord Dalhousie who was the Governor General from 1846-1856 devised a new policy that came to be known as doctrine of laps. The doctrine declared that if an Indian ruler died without having a male heir then his kingdom would be lapsed,that is, become the part of the english territory.
The kingdom which were annexed by this doctrine are
«»Jhansi
«»Satara
«»Sambalpur
«»Udaipur
«»Nagpur

Lord Dalhousie introduced Doctrine of Lapse. according to this if a ruler of the protected state dies without leaving a natural heir, his state will be ruled (or annexed) by the Company. His adopted son will not be allowed to rule.

Lord Dalhousie introduced the doctrine of lapse. This was an indirect method of annexation. It stated that if an indian ruler died without his male heir, his company would lapse or become a part of british territory. Many kingdoms were annexed simply by applying this method such as Satara, Udaipur, Jhansi, Sambalpur etc.

Lord Dalhousie introduced the Doctrine of Lapse. It stated that if any king did not have his own heir, after him the kingdom would lapse, that is, become part of the East India Company's territory. The kingdoms annexed under this doctrine were: Satara, Jhansi, Sambalpur, Udaipur and Nagpur.

lord dal housie
What are you looking for?