WHO IS FOUNDER OF GEOMETRTY?

WHAT IS AN ARC? 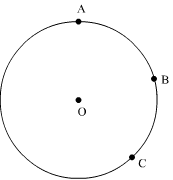 In the given figure, A and B are two points on the circle. The portion of circle between A and B is the arc of the circle.

Euclid is the founder of gometry . he is known as 'father of geometry'.

euclid is the father of geometry who did lots of hard work to invent geometry . isac newton also for better information go to wikipedia