Why was the year 1921 called as the year of great divide in the history of population growth in india ?

Because up till the year 1921 India recieved a stagnant growth rate as per thepopulation cendus recorded the same year. It was the first phase of demographic transition till 1921 featured by high birth rate and high death rate. In same year fact came that the innfant mortality rate was also very high that year.Thereafter, India passed through successively all the phases of demographic transition and is now widely believed to have entered the fifth phase, usually characterized by rapidly declining fertility wih the forecoming problem of alarming population figures raising day by day.

The year 1921 is taken as the demographic divide for the reason that before this year, the population was not stable, sometimes it increased and at other times it decreased.

The growth rate of population was generally low before 1921. But after this year, there has been considerable and continuous increase in the population.

Capital goods industry refers to those industries which can produce machine tools, which are used for producing article for current consumption.....

Because at that time the population increased vey rapidly growth rate 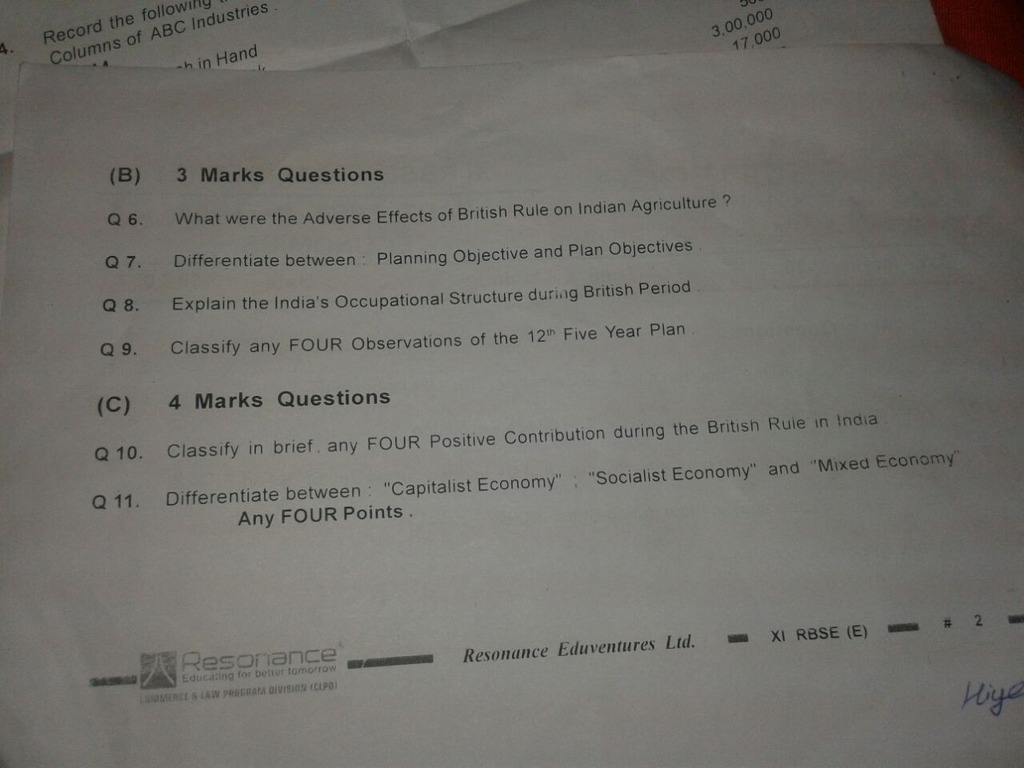 in 1871 in india first census was conducted . after that sometimes the growth of population increases and in othertime a decrease in population . but it was only after 1921 that there was continue increase in populationof india as per shown by census report . so 1921 year is also called a year of great divide.

Because after 1921 population goes on increasing

Because before 1921 india was in the first stage of demographic transition. The second stage of transition began after 1921. So, the year 1921 is described as the ‘Year of the Great Divide’ 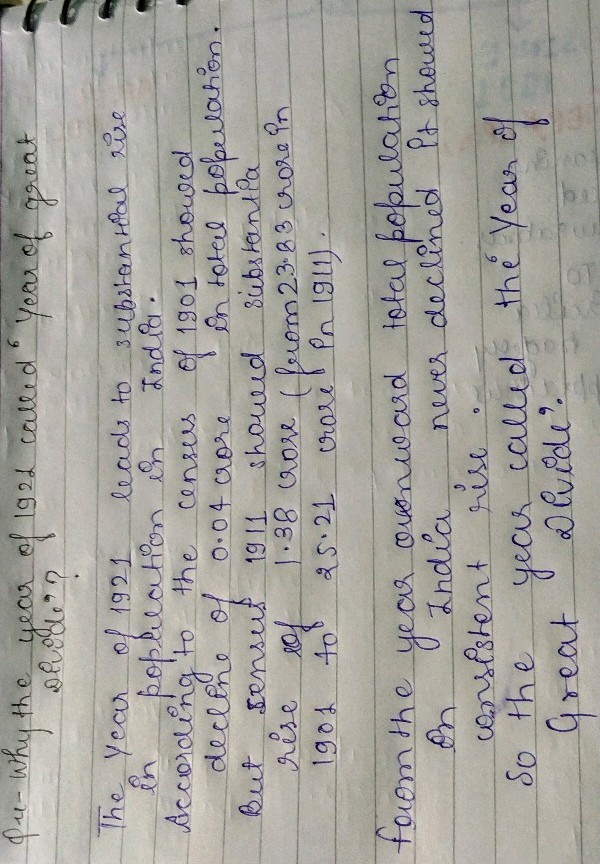 This was because of the following reasons :
1.literacy rate was low
2.infant mortality rates were also high

Population started to increase in that year. :)

This is
Because in this year india had low mortality rate and high birth rate.

Bcz after this our population never declined .

Because the time India has low rate of mortality and high rate birth.
Because of famine there was serious condition when mortality started to decline leading to acceleration in the rate of population growth.

Because the 1921 population of growth never consistent .size of population is flactuating increase one census decrease the other

Because the 1921 population of growth never consistent .size of population is flactuating increase one census decrease the other.

1921 was called the year of great devide because from that year population of India is consistently rising.
What are you looking for?