Medicines play an important role in maintaining the health of a human being by treating various kinds of diseases. Medicines prove useful when taken as per the advice of a certified doctor. Without prescription, taking medicines can prove harmful as they have numerous side effects too. So, to avoid the side effects of medicines one should always consult a doctor before taking them.

Nowadays, various kinds of medicines are available in the market. Every medicine has its specified action on the body. For example, if a person has fever, he will take such a medicine which is antipyretic in nature or if someone is suffering from acidity, he will take an antacid. Taking antacid in feverish condition will not improve the condition of the person.

As discussed above, medicines are of different types and they are classified on the basis of their clinical action.

On the basis of clinical action, medicines are classified in the following categories:

(a) Analgesics: Analgesics are the class of drugs which help in relieving pain. For example: Aspirin, ibuprofen, etc.

(b) Antipyretics: They belong to that class of medicines which help in lowering the body temperature. They are usually taken when a person is suffering from fever.

(c) Antiseptics:  Those medicines which are used to control germs or kill them without posing any threat to the body cells come under the class of antiseptics.

(d) Antacids: Whenever the amount of acid is increases in the body, doctors advise to take antacids as they are the mild bases and help in neutralizing excess of acid in the body.

(e) Antibiotics: This class of drug is produced by microorganisms and help to retard the growth of or kill the other microorganisms.

The first antibiotic made by scientists is Penicillin. It was created accidently by Dr. Alexander Fleming. One day, he noticed a mould growing on the culture plate of bacteria. Around that mould, the colonies of other bacteria that surrounded it had been destroyed. Although the species of mould was not known at that time, he observed that it was inhibiting the bacterial growth. He then published a paper on it and rest is the history. 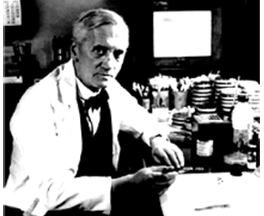 Medicines prove beneficial in maintaining the health of the human being. But sometimes due to negligence, they prove fatal. There are various unhealthy practices that usually people do and that leads to serious danger. These are:

(i) Many people take medicine without taking the advice of doctor and end up having side effects like allergies caused by medicines.

(ii) Sometimes people take medicines whose expiry date has reached. Such medicines do more harm than good to a person.

(iii) Sometimes people do not complete the course of antibiotics.

(iv) Due to underuse, overuse and misuse of medicines, various kinds of problems occur.

(v) Most of the times, people fail to use medicines according to the prescription and instructions given by the doctor. This can create various other troubles with respect to a person’s health.

Medicines play an important role in maintaining the health of a human being by treating various kinds of diseases. Medicines prove useful when taken as per the advice…