The All India Pre-Medical/Pre-Dental Test (AIPMT) was conducted on May 3, by the Central Board of Secondary Education (CBSE). The test consisted of 180 objective-type multiple choice questions from Physics, Chemistry and Biology (Botany and Zoology) which were to be answered in 3 hours. The syllabus was based on topics both from Class 11 and Class 12.

In Biology paper was between average and easy. There were few questions that needed more brainstorming (e.g. Viviparity of Trichinella; Transmission tissue; ‘Silent Spring’ book). Otherwise in the biology paper, questions considered to be easy, average and difficult respectively were divided in the following percentages- 50%, 50% and 0%.

The questions had been picked up from all the topics it can be said that it was a balanced paper.  If the student did not read Class 11 part well, it would have been very problematic to attempt the paper as more than 50 percent questions were from Class 11. 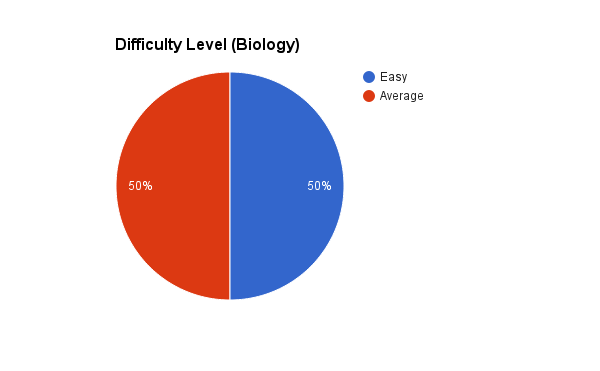 Here is the Unit wise distribution of questions for AIPMT 2015 Biology Question Paper:

The Physics paper in AIPMT 2015 was average. The paper level this year, was difficult than the previous year. In physics 31%, 42% and 27% of the questions were easy, average and difficult respectively.

The questions were mostly formula based and had lengthy calculations. NCERT could cover only the easy questions. But other supplementary books were needed for attempting medium & difficult questions. 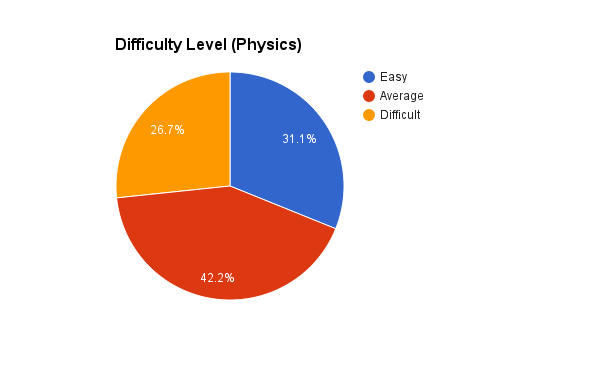 Here is the Unit wise distribution of questions for AIPMT 2015 Chemistry Question Paper:

The level of difficulty of questions asked in Chemistry were of average difficulty. In Chemistry 29%, 51% and 20% of the questions were easy, average and difficult respectively. 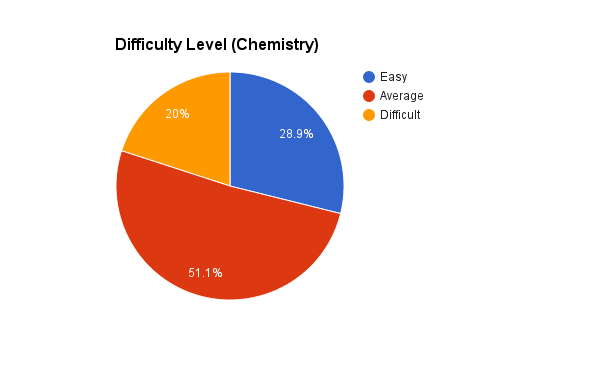 Here is the Unit wise distribution of questions for AIPMT 2015 Physics Question Paper: